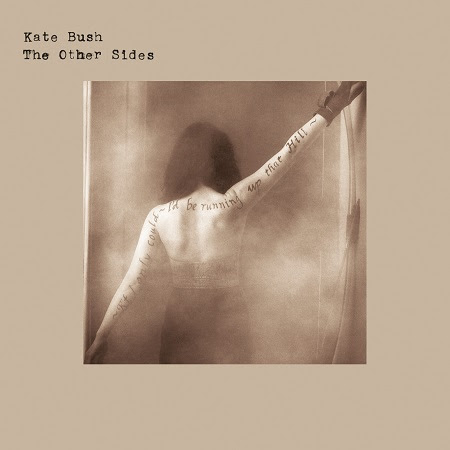 LOS ANGELES – Kate Bush will release a special four-CD collection THE OTHER SIDES on March 8, and is available for pre-order starting today.
THE OTHER SIDES is the final physical installment of the definitive catalog remastering project that was released in November 2018 on vinyl and CD as boxed sets. This new release separates the rarities collection from the remastered CD Box 2.

KATE BUSH: THE OTHER SIDES

Originally Released In November 2018 As A Part Of The Remastered CD Box 2,
But Are Now Available In Their Own Right

The Release Is Available To Pre-Order Today

Also Available On Vinyl As Remastered In Vinyl IV And DigitallyThe four CDs celebrate b-sides, 12″ mixes, rare tracks and cover versions – with one CD being devoted to covers including Kate’s versions of Elton John’s “Rocket Man” and “Candle In The Wind,” and George and Ira Gershwin’s “The Man I Love.” Rare tracks such as “Brazil,” from theBrazil film soundtrack, “Lyra” from the film The Golden Compass, “Be Kind To My Mistakes” from Nic Roeg’s film Castaway and “Humming,” and an early demo never released before, are also featured in the special set.

Three videos are also available to view – released officially through Kate’s website (www.katebush.com ) for the first time since their original broadcast on TV. These include “Rocket Man,” “Under The Ivy” and “The Man I Love.”

The full track-listing for THE OTHER SIDES, all in their new 2018 remastered versions, is:

THE OTHER SIDES comes in a bespoke hardback package and concludes a definitive remastering program.