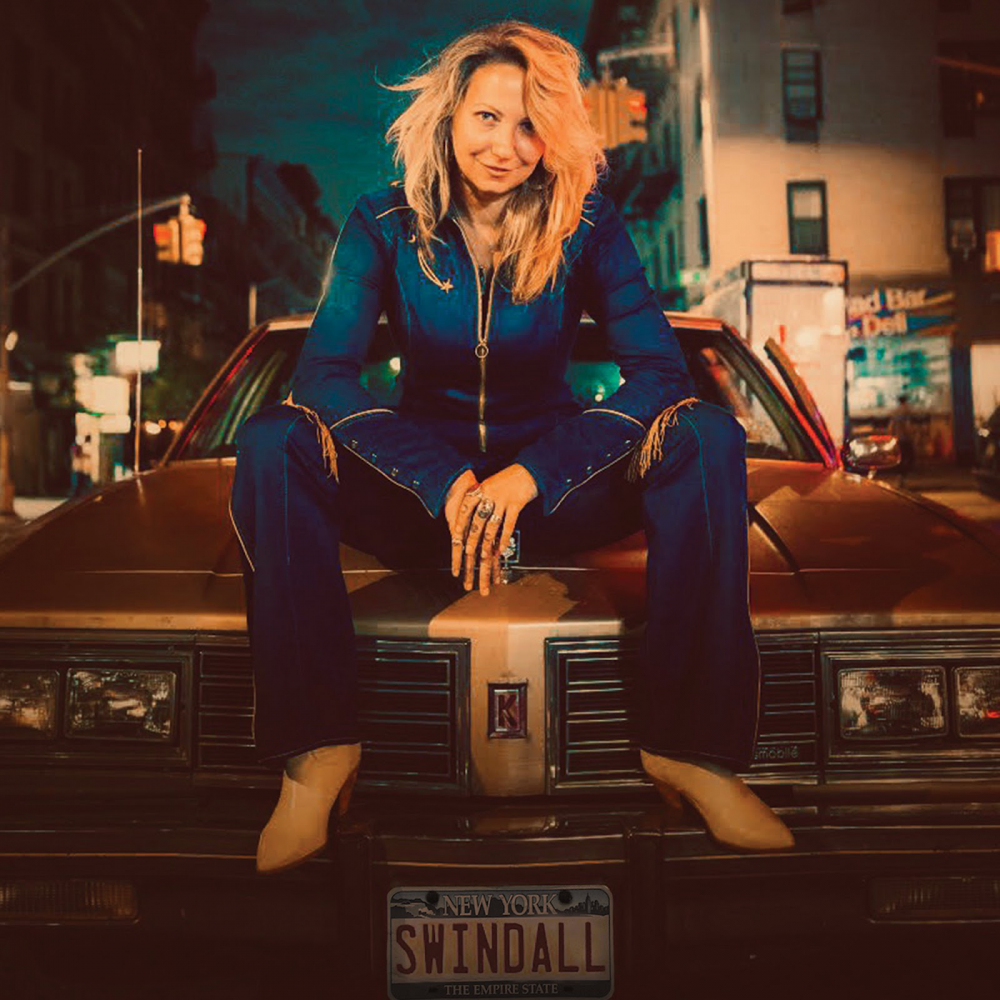 Kelley Swindall’s path to music stardom sounds a lot like the plot of a country song. The now-New Yorker moved from Atlanta to the Big Apple to pursue an acting career and the bright lights of Broadway. There, Swindall got her heart broken and decided to learn to play guitar and write a few songs about her ex to get revenge.

The rest is history…a history that launched the career of a singer/songwriter that has wowed audiences and critics, appearing everywhere from American Songwriter to Guitar Girl. As she releases her debut album, You Can Call Me Darlin’ If You Want, on Velvet Elk Records, Swindall is garnering big attention with a vintage look and sound that’s fun, feisty, and unflinchingly honest. With Darlin’, Swindall combines the elegance, outspokenness, and stellar songwriting of classic country icons like Dolly Parton and Patsy Cline with a swagger and style that’s all her own.

The album kicks off with “I Ain’t For You You Ain’t For Me,” a fierce and fiery country-rocker, before changing gears for “California,” a tongue-in-cheek, cross-country Thelma and Louise-style adventure that recalls the raucous storytelling in Johnny Cash’s “A Boy Named Sue.”

As she recalled in an interview with Lolly Dude of KICKS 96, Swindall didn’t originally intend to write country songs; she simply poured her heart into her guitar. The result was stunning sound and a breakout star who has wowed audiences with her honest songwriting and gritty, stirring vocals. From the rambling “Meet Me Half Way” to the bluesy “Come On Back My Way,” Swindall has penned an addictive lineup of songs that will make converts of music fans across the board.

Classic country sound runs deep through everything Swindall does, from holding photoshoots decked out in fabulous vintage styles to penning songs that hearken back to country’s golden era. Swindall cites Patsy Cline as a major influence on her sound, and she deftly channels the Queen of Country in the swinging “Refuse to Be Blue.”

The first moments of “My Minglewood Blues” consist of goosebump-inducing echoes of Swindall covering Hank Williams’ “Your Cheatin’ Heart” before she launches into a raucous, big-band hoedown that demands listeners near and far drop everything and hit the dance floor.

Closing out the record, the title track showcases what audiences love best about Swindall. “You Can Call Me Darlin’ If You Want” puts her songcraft on full display in a song that’s undeniably new while playing like a time-honored classic. Just like a favorite pair of well-worn jeans, Kelley Swindall’s sound is one that music fans are finding fits them just right.

Listen to You Can Call Me Darlin’ If You Want here.