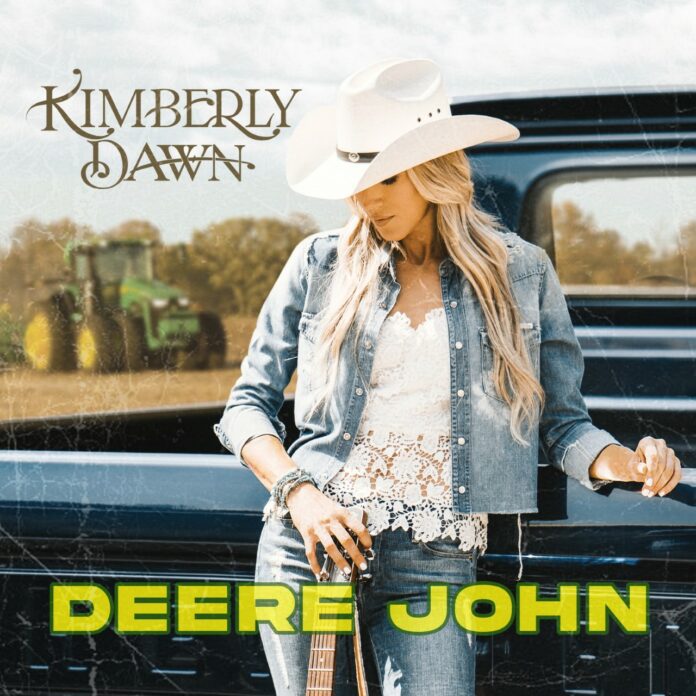 NASHVILLE, Tenn. – Singer-songwriter Kimberly Dawn releases her highly anticipated new single, “Deere John.” The single is a reflection about the countryside that made her into the person she is today. ‘Saying goodbye to the only house I ever knew’… The backroads-made singer conveys the message of growing up on her family farm in Canada. Though it was never easy, Kimberly will always call it the place she called home as it gave her something to believe in and symbolizes that wherever you end up in life, your country upbringing will always define you.

Kimberly boldly took control of her musical passions after having her four children when she began learning the guitar and piano. Influenced and motivated to uplift others, Kimberly feels particularly empowered to share her experiences balancing life as a mother, wife, and musician.

“When my parents decided to sell our farm that my family grew up on and the place I called home as a child, I felt inspired to write about how I was raised and what it meant to me,” says Kimberly. The easy-listening song is filled with memories of cruising around on a John Deere tractor. Don Miggs, a multi-instrumentalist who has worked with Mick Fleetwood and Tower of Power, as well as fronting the band Whole Damn Mess and touring with artists such as ZZ Top and Cheap Trick, produced the single “Deere John.”

The Canadian singer, now living in Nashville, draws musical inspiration from first-hand experiences. The natural beauty of life on a farm is what drew Kimberly to be influenced by the likes of Dolly Parton, Stevie Nicks, Reba McEntire, and Shania Twain. “The memories of our farm are what shaped me into the person I am today. We all grew up somewhere and the characteristics are ingrained in me, says Kimberly.”

As of 2022, Kimberly has partnered with MAGIC Tradeshow, which she performed on the opening day of their first-ever Nashville MAGIC show. Kimberly currently has an ongoing brand partnership with a Nashville-based vintage women-owned boot company, Planet Cowboy. On July 1st, Kimberly will be releasing a duet “Do I Love You” with Grammy Award-winning songwriter and artist Paul Anka. Paul has worked with notable acts such as Michael Jackson and Frank Sinatra.

Additionally, she has built a devoted social following that engages with a genuine country music audience on a daily basis. “Deere John” is available on all streaming platforms on Friday, July 29th.