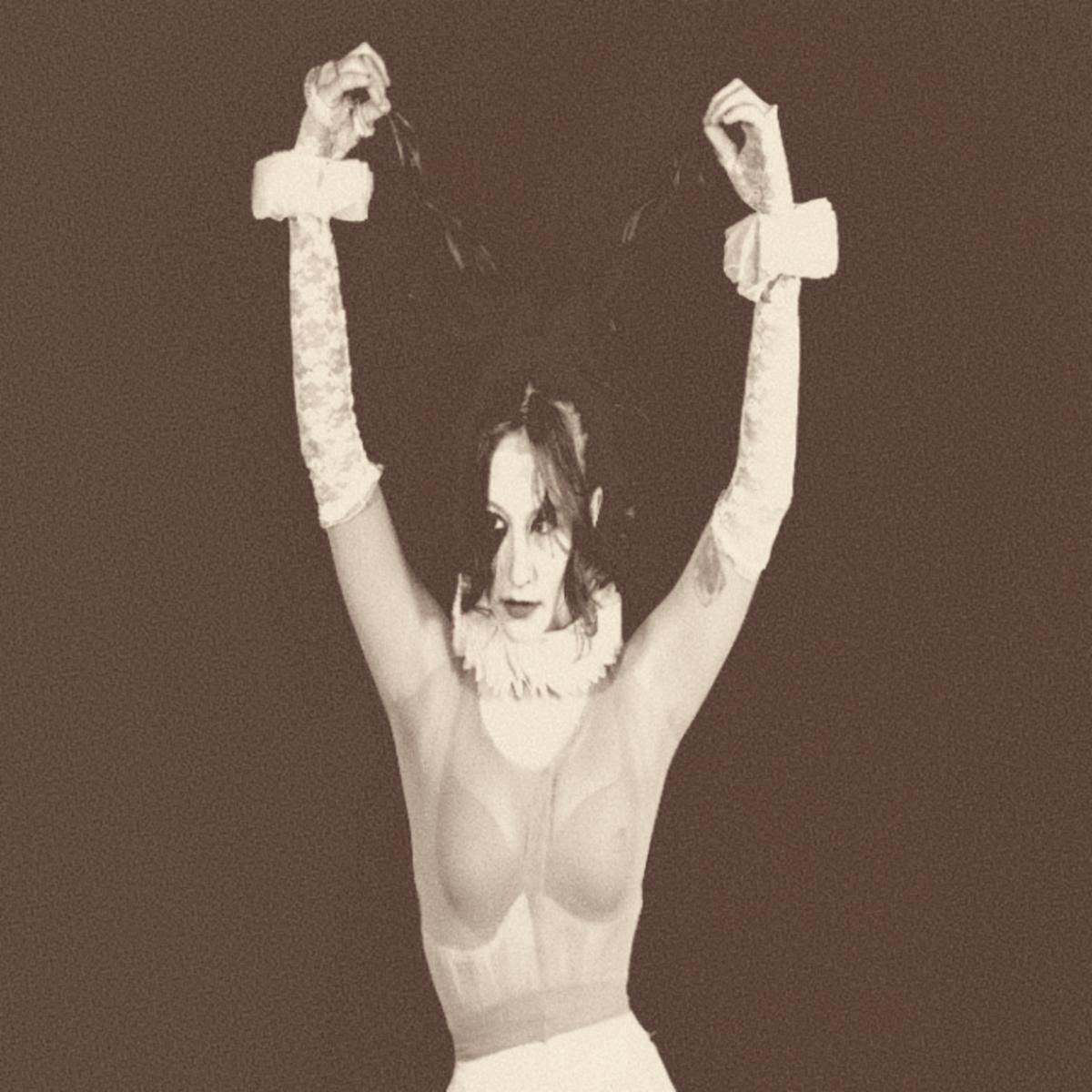 Today, LA-based alt-pop singer-songwriter, McCall, shares track “Easy” and self-directed video ahead of the release of her debut LP, …to be a dream… out this Friday and available for pre-order now. In celebration of the release, join McCall live this Friday at Los Angeles’  Baader House, with support from Madisenxoxo, Madeline and Mana Garden. Tickets to the official album release show presented by Make Out Music,  are on sale now here where exclusive merch will be available.

Today’s release, “Easy,” details the thick layer of pressure that McCall has placed upon herself throughout her life, and her attempt to navigate it. The message is illustrated in the painful lines, “Felt like if I didn’t suffer, I was worth nothing / I’d pay for it / One way or another / Addicted to the sadness / So desperate, so tragic.” Explaining the track’s origin, McCall says, “Once I took the pressure off of myself and the people I was working with, my music got better and bigger opportunities seemed to flow to me with ease. There’s always been a romanticization of the struggling artist, but sometimes the struggle is what’s holding you back. Not to sound nauseatingly “new-age,” she continues, “but I do strongly believe that the more trust I have in the universe, the more results I get.”

The self-directed visual sees McCall roaming the streets of LA with a suitcase in tow as the sun sets, mixed with footage of herself, friends, family and old home videos. Throughout both the track and the visual, McCall is able to relieve the pressure that seems to endlessly mount upon her–the suitcase symbolizing the baggage and heavy emotional weight she carries. The track swells with twinkling bassline and swelling beats, until the end, when the track slows down and the visual sees McCall sit quietly in her bedroom alone, strumming a guitar. Ultimately, she finds the strength to trust herself, with hope seeping through the following lines, “But I’ve been finding my center / It gets better…”

The “digital scrapbook” features many of the people she was surrounded by while making the album. It encapsulates her feelings around letting go of the pressures to be successful–allowing herself to be a person who makes art rather than letting it consume her. McCall adds, “This is the final song of the album and the final single before it comes out, so I really wanted to make this music video a digital scrapbook of all the amazing people and places I got to encounter and work with throughout the process. When I wrote this song, I was putting so much pressure on myself to be “successful” and ended up in a place where I just wanted to give up. On music, but also on life.” McCall continues, “But as soon as I thought I had made that decision, everything came so easily. I was inspired again and eager to work and hang out with people. I think I just needed to know that I’m a person outside of the art that I make. So this video is mostly about all the people that have made life worth living and music worth making, even though that’s DISGUSTING to say. Don’t tell them I said that.”

A gritty yet ethereal coming of age project, …to be a dream… finds McCall coming to terms with growing up and discovering who she is and who she’d like to be. Over eight tracks, the musician takes an honest look at the relationships in her life and encourages herself to let go of any negativity and resentment she might be harboring. McCall says, “The album follows themes of strained relationships between friends, family, and partners. I realized that my self-hatred (as detailed on previous EP, ‘On Self Loathing’) did not exist in a vacuum. Because I’m exceptionally hard on myself, it felt natural to set rigorous standards for the people in my life as well. I was quick to hurt someone’s feelings under the guise of “tough love.” By the end, McCall gives herself the necessary room to grow, learn and break free from the harsh scrutiny of her own mind.

…to be a dream… continues to build on the foundation set by the previous EP, On Self Loathing. Thought of as three parts where the EP represents the first where McCall explores having resentment towards oneself, the LP makes up the following two parts–having resentment towards others, and how McCall works through these complex feelings. The result is a dynamic LP filled with intricate soundscapes and evocative lyricism that evolves as McCall does, unfolding into a story that allows the musician to release what no longer serves her, ultimately redefining both herself and her artistry.

The LP’s explosive second single, “Perfect Timing,” along with its self-directed video that premiered with Ones To Watch, redefines what a breakup anthem might sound like. McCall explains, “This song is about accepting the end of a relationship without finding reasons to hate the other person. The verses document bittersweet memories that are painful to think about in the midst of a break-up, but the chorus explodes into this joyous cacophony of sound and talks about the confidence and relief that comes when you realize you’re going to be okay regardless.”

With over 10M streams across platforms and placements on Spotify’s Fresh Finds, and an interview with Ones To Watch, who wrote that the most remarkable attribute of the rising star’s previous EP, On Self Loathing, is, “its ability to discuss mental health while avoiding cliche, preachiness or melodrama,” and that although there are elements of hyper-pop, it is “grounded, using eccentricities of the sub-genre without any trace of its ridiculousness.” Tastemakers from UPROXX to EARMILK to Consequence have been captivated by McCall’s imaginative, poignant artistry. American Songwriter described McCall’s “Disaster,” as a track that powerfully builds and that songs like this, “push and propel. They pierce you and you aren’t even sure why or how. Suddenly, the work crescendos and your heart is racing. It’s a rush that hits before you even knew it was nearby.” With a feature on NPR Music’s New Music Friday playlist on her resume, McCall has consistently proved herself to be a true force–making her one of the most compelling indie-pop musicians around right now.

The striking, honest track, “Easy,” out everywhere now, encourages McCall to trust herself as she breaks free from debilitating expectations of others and the pressure to succeed, allowing herself to flourish exactly where she is. Celebrate the release of McCall’s debut album, ….to be a dream…, with McCall live at LA’s at Baader House this Friday, where exclusive merch will be available, with tickets on sale now here. McCall will also be performing live in New York City at Pianos on August 26th with tickets available now here. Find McCall on Instagram, Facebook, and YouTube and stay tuned for her electrifying debut album out this Friday, available for pre-order now.