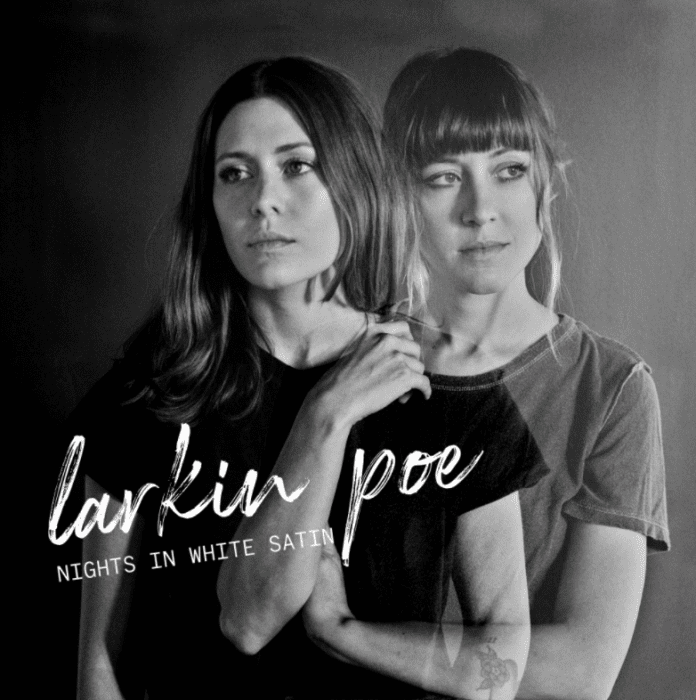 Larkin Poe are set to release Kindred Spirits, their first-ever covers album. Out November 20, Kindred Spirits is a collection of stripped-back versions of both classic and new songs, and it follows the release of their fifth studio album, Self Made Man, released this past June on their own Tricki-Woo Records. Self Made Man has already amassed chart-topping success and critical acclaim. American Songwriter calls Larkin Poe “self made badasses” and No Depression said that Larkin Poe are “kicking butt with a mixture of rocking blues to make powerful, defiant statements” while the Atlanta Journal Constitution says “Larkin Poe simply dominates” and Garden & Gun raves “southern music traditions loom large in the story of Larkin Poe.” In its first week of sales the album rose to the top of Billboard’s “Top New Artists Albums” and “Current Rock Albums” charts, while also climbing to #1 “Blues Albums” and #2 on the “Americana/Folk Albums.”

Today, Larkin Poe share the first song from Kindred Spirits — The Moody Blues‘ “Nights in White Satin.” Larkin Poe has been known to post covers on their YouTube channel where they recently performed the song, and the series has gained an expansive following. In a recent tweet, Justin Hayward from The Moody Blues praised their performance “Love it, love them, love them playing it. Thank you Rebecca and Megan.”

Larkin Poe describe the song as deeply haunting, and a song that transcends genre. “We remember hearing Doc Watson, a true American treasure, sing it late in his career — his beautiful voice soaring through a dark theater, the plaintive lyric unforgettable. It’s hard to believe that Justin Hayward was only 19-years-old when he wrote it.”

Accompanying the song is a beautifully captivating music video that showcases archived and historically significant clips. “When we were brainstorming about creating a visual companion for ‘Nights In White Satin,’ we had a romantic idea that stitching together old footage would evoke a nostalgic feeling that matches the vibe of the song.”

LISTEN TO “NIGHTS IN WHITE SATIN”