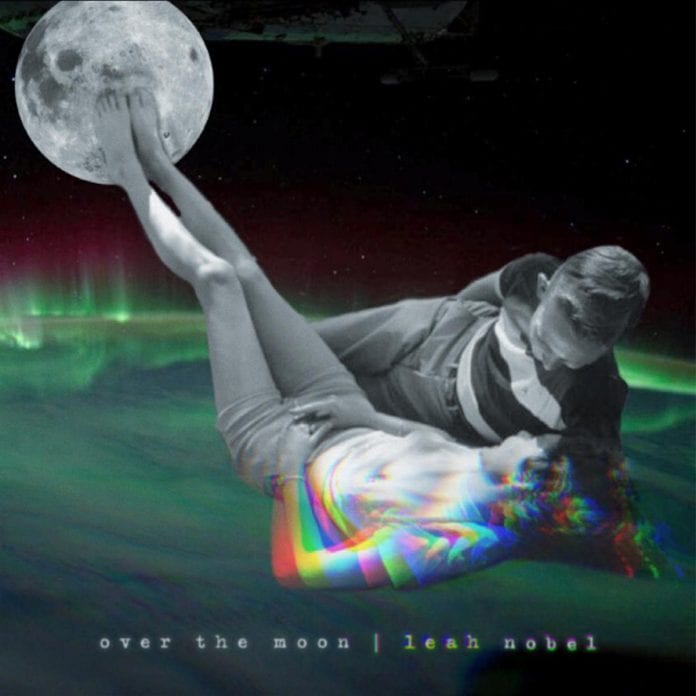 Leah Nobel channels the euphoric feelings of a romantic high on her lo-fi bedroom pop song “Over The Moon,” out today, Friday, May 14th. It’s the second single released from her forthcoming ‘Love, Death, Etc.’ EP due June 11th (Big Yellow Dog Music) and coincides with the musical theme of her hit song “Beginning Middle End” which was featured on Netflix’ ‘To All The Boys: Always and Forever’ and received a nomination for Best Musical Moment for MTV’s Movie & TV Awards.

Listen to “Over The Moon,” here: fanlink.to/OvertheMoon

“Over The Moon” was written by Nobel with Jakub Vanyo, whose songs have been featured on Grey’s Anatomy, Riverdale, Selling Sunset and more. It follows her recently released song “The Ones That Make It,” which was featured on Lightening 100’s The615 Show and landed on numerous playlists including Spotify’s New Music Friday, Fresh & Chill; Apple Music’s New in Pop, Pop Best New Songs; Amazon Music’s Brand New Music, Breakthrough Pop; and Pandora’s New Music Now.

“When I wrote ‘Over The Moon’ with collaborator Jakub Vanyo, I had recently read an article talking about how brain scans of people newly in love looked nearly identical to people high on cocaine,” says Nobel. “How in both cases people lose some of their cognitive abilities (judgement and long term planning mostly) and how the biggest chemical culprit is dopamine. I wanted to write about this addictive, euphoric feeling in a way that felt abstract and whimsical. That’s how ‘Over The Moon’ was born.”

1. Over the Moon (written by Nobel & Jakub Vanyo, produced by Vanyo)

3. The Ones That Make It (written by Leah Nobel & Daniel Tashian, produced by Tashian & Alexi von Guggenberg)

4. We Never Really Leave Each Other (written by Nobel & Daniel Pashman, produced by Pashman)