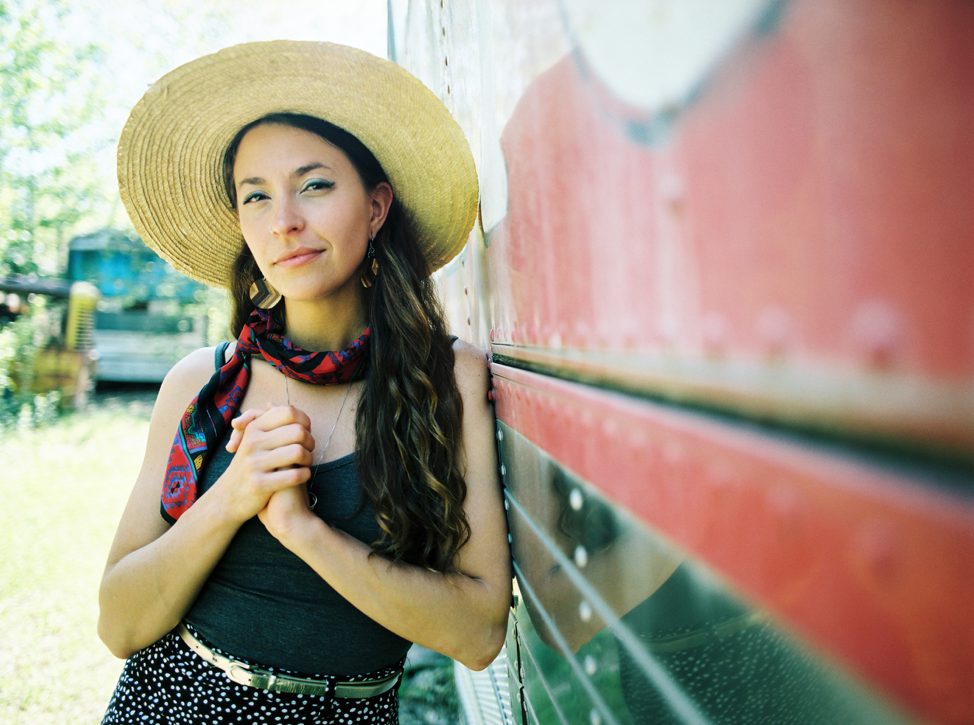 Today, poignant powerhouse songstress Lindsay Lou announces an extensive North American fall tour with her band. Performing in support of their latest album, Southland (released April 2018), the tour kicks off on October 24th at Mississippi Studios in Portland, Oregon, heads down the West Coast, and then across the country—stopping in almost 20 markets along the way.  In December, Lou and her band head to Mexico for 2018 Strings & Sol. All announced dates are listed below, with tickets and info available at www.lindsayloumusic.com.

The beauty with which the sounds on Southland slip into the ether is the product of an emotionally difficult time for Lindsay and her band—who, as musicians often do, entered the studio to “hash it out.” The process, demonstrated by the music on Southland, was sincere and stirring and introspective.

Currently, touring nationally and internationally year round, Lindsay Lou and her band continue to collect a mass of friends and fans along the way. Notable U.S. festival plays include Telluride Bluegrass Festival, Merlefest, Stagecoach, Redwing, ROMP, GreyFox, and a slew of others.  Abroad, they have appeared at Scotland’s Shetland Island Folk Fest and the Celtic Connections tour, Australia’s National Folk Festival, and others. Of the live show, fRoots Magazine reviewed “…[Lindsay Lou is] the most affectingly expressive singer since Amy Winehouse, backed by the new Punch Brothers.” The Boot, who featured Lindsay Lou Band as a “Can’t Miss Act at AmericanaFest 2018, says “…Lou brings introspection and masterful vocal work to her live show.”

In the words of famed bluegrass musician David Grier, who caught Lindsay Lou Band at a recent festival, “Lindsay…sings the way you would want to if’n you could. Phrasing, tone, emotion, it’s all there. Effortless seemingly. Simply mesmerizing. Riveting! Don’t miss the musical force that is Lindsay Lou.”