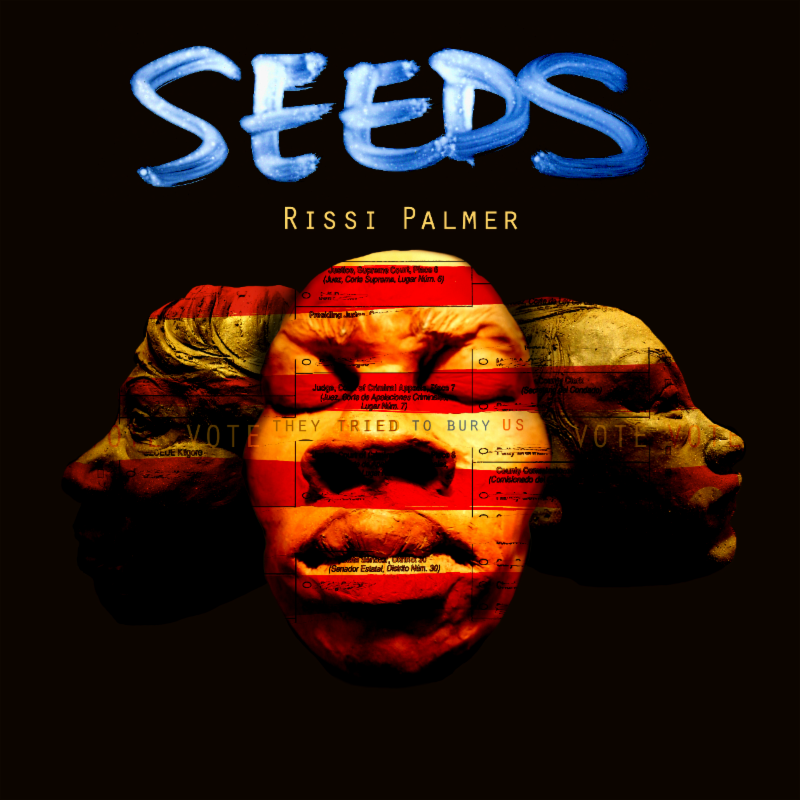 Nashville, TN – October 15, 2018 … One of music’s most compelling singer-songwriters, Rissi Palmer, has released a riveting short film for her new single “Seeds.” Palmer made her mark in country music, however, she is equally at home in R&B and soul, bringing the entire spectrum of popular music to bear on her hard-to-categorize approach. Palmer is also one of our most socially conscious singers and her latest finds her taking an unflinching look at tensions as old as humanity and as fresh as today’s headlines.

For the film, Palmer teamed up with indie filmmaker Emil Gallardo, who shared Palmer’s vision to unite and motivate people to vote this November. Together, they also wanted the film to celebrate human freedom, dignity, and unity in the face of oppression.

Gillardo discovered “Seeds” thru the Imagine Then Vote online contest, where the song won an award and is currently being used by people to create their own “get out and vote” videos.

“Upon hearing an early version of ‘Seeds,’ I listened to the song on repeat for about an hour and just knew this is what I needed to work on next,” says Gallardo. “I felt compelled to create images that told a story that would even further the impact the song had on me.”

“The moment I read the treatment, there was no question I wanted to do this,” adds Palmer. “The images in this film will definitely push buttons, and they are meant to. We want people to have a visceral reaction. Every negative action has a positive reaction, meaning, we all have a chance, in our own small ways, to change the things happening around us.”

Filmed on location in San Jose, CA, Gallardo says everyone who worked on this project wanted to be there. “We had almost no budget, but everyone stepped up, often working twelve hour days in 100-degree heat.”

Palmer, who penned the song in 2014 following the grand jury verdict on the murder of Michael Brown in her hometown of St. Louis, MO, came across the Mexican proverb ‘they tried to bury us, they didn’t know we were seeds’. Those words inspired her to put those feelings into her own words.

The short film for “Seeds” can be seen HERE, as well as on Palmer’s website, RissiPalmerMusic.com and Gillardo’s Waterlightfilms.com.

The new single, produced by Grammy Award-winning producer Shannon Sanders will be available through all digital outlets, including iTunes, Spotify, and Amazon. “Seeds” is the first from Palmer’s full-length album set for release in Spring 2019. For more of the latest news and information visitRissiPalmerMusic.com