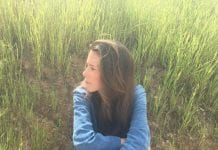 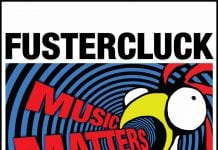 12 Million Unemployed in Live Entertainment is a Total Clusterf***. Helping Them is a Fustercluck.

The track is from her forthcoming new album A Small Death, which will now be released July 17 via Thirty Tigers/Ramsuer Records and Real Kind Records/Communion. The album marks the first artist signing and release for Real Kind Records, a new independent record label launched by U.K.-based artist Lucy Rose.

Crain’s statement on the decision to push back her album release below:

“Hi everyone. I hope you are healthy and hanging in there. I’ve been processing a lot of information and emotions the past few weeks (as I know all of you have), chipping away at the mass and attempting to find my own principles and axioms regarding this unparalleled moment in my life and so many other lives as well. Honestly, it’s hard to have perspective on this because most of us have no experience dealing with anything like this, we are genuinely first-timers floundering our way through this course (so be gentle to yourself and others). As far as music and the release of my upcoming album is concerned, my path may differ from others, and that’s fine, we are all trying to make the best decisions we can with the advice we have and our own gut-feelings. So, all told, I’ve decided to move back the release of my new record, A Small Death, to July 17th. I’ve also announced the rescheduling of my UK tour dates to July and all of those tickets are on sale now. In the meantime, I do have a little gift for you though. I’ve decided to release an extra song from the album early to tide you over during this time. It’s called “Holding To The Edge of Night” and it’s available on all streaming platforms today. My heart goes out to you all. Sometimes so much that it paralyzes me. In the words of my favorite childhood movie…..Cool Runnings….’peace be the journey.'”