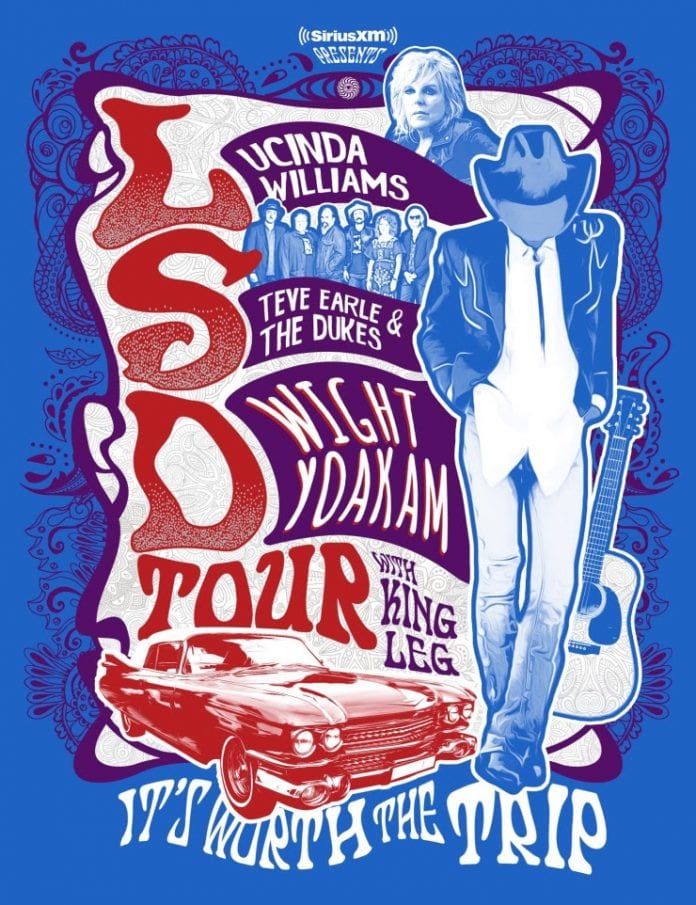 The North American tour, produced by Live Nation, unites three of music’s most celebrated and iconic voices on one epic cross-country package for the very first time. Various pre-sales will begin March 26 at 10:00 A.M. local time. Tickets will go on sale to the general public starting March 30 at 10:00 A.M. local time at LiveNation.com. Click here for details.

The LSD Tour kicking off June 12, 2018, at Blue Hills Bank Pavilion in Boston, MA, rolls through iconic amphitheaters and theaters in major markets across the country and concludes on August 18, 2018, at Farm Bureau Insurance Lawn in Indianapolis, IN. Support comes from Los Angeles rock outlier King Leg.

Check out the LSD Tour schedule below.

SiriusXM will present the tour and recently announced a 24/7 channel curated by Dwight launching in late April titled Dwight Yoakam and The Bakersfield Beat ‘Where Country Went Mod.’ The channel will feature music from Yoakam’s extensive career and celebrate the Bakersfield sound and those whom it has inspired. The channel will encompass all that is California country and country rock, in all of its various and varietal hybrid forms. Yoakam has sold more than 25 million albums worldwide, and he is a 21-time nominated, multiple GRAMMY Award winner. In addition to his musical career, Yoakam is a respected film and television actor, whose films include Sling Blade, Panic Room, David E. Kelley’s Amazon series Goliath, and director Steven Soderbergh’s feature Logan Lucky with Channing Tatum and Daniel Craig.

King Leg’s Sire Records debut Meet King Leg was co-produced by Dwight Yoakam and Chris Lord-Alge and made a major impact upon arrival. Rolling Stone touted Mr. Leg among “10 New Country Artists You Need To Know,” while further acclaim came from HuffPost and more. The LSD Tour spotlights King Leg on the biggest stage yet.

Finally, their respective paths cross and converge on the LSD Tour in 2018.

*not a Live Nation date