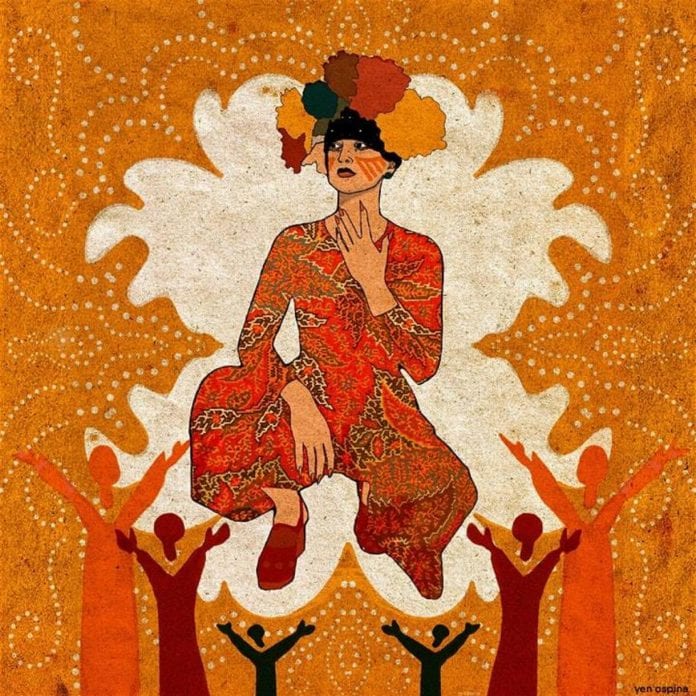 “An EP of introspective folk songs that understand just how visceral introspection can be.”
– Pitchfork

New York, NY (February 24, 2020) – Y La Bamba principal Luz Elena Mendoza has announced she’ll be performing a special run of shows next month. EL AGUA DE MI SER (The Water of My Being) is a collaboration between Mendoza, the Camas High School Choir under the direction of Ethan Chessin, and arts education nonprofit Young Audiences of Oregon & SW Washington.

The choir will be performing all new music, which Mendoza composed specifically for this collaboration. Building on the success of a composer-in-residence partnership Young Audiences has fostered between contemporary artists working in the music industry and the Camas High School Choir since 2016, Mendoza has been working with Chessin and his students this school year to create an original performance for a rock band, woodwinds, and 200 high school singers.

EL AGUA DE MI SER will draw from themes explored on Y La Bamba’s 2019 album Mujeres, including the complexity of bicultural childhood — from summers in California and strict Catholicism to mariachi and machismo. The piece is certain to be informed, too, by its context in the Eurocentric choral music world (as well as the predominately white Pacific Northwest). For Mendoza, the collaboration is an “invitation” to students to work towards understanding her roots and modes of expression through music and Spanish language. Through the creation process and this sharing of cultural history, Mendoza also hopes to inspire her collaborators (and audiences) to show up for oppressed communities.

Luz Elena Mendoza is a songwriter, guitarist, and frontwoman of the Portland-based Latin folk group Y La Bamba. The daughter of Mexican immigrants, she infuses American folk with elements from the traditional Mexican music that soundtracked her childhood, producing songs that are as culturally rich as they are affecting.

“This body of work is about the traumas in Mexico’s history and the US and how classism affects the value of the people in both countries,” says Mendoza. “The traumas from colonization that have triggered the wounds that we see today are all tied together in the face of misogyny and the feminist queer communities who continue to work together to fight the violence against women while men still scoff with no empathy.”

This collaboration is one of many arts education programs facilitated by Young Audiences of Oregon & SW Washington. Young Audiences offers a full range of educational arts programming in multiple disciplines and cultures and serves over 70,000 students in more than 200 schools and community sites each year. The organization supports a roster of talented teaching artists, bringing them into collaboration with schools for artist residencies, workshops, and performances. It also partners with local schools, arts organizations, artists and community members to inspire young people and expand their learning through the arts.

Mendoza and the choir will perform this spring at The Seasons Performance Hall in Yakima, WA, Treefort Music Fest in Boise, and Revolution Hall in Portland. A full list of performances can be found below. Tickets are on sale now.

This project is sponsored by The Standard and Biamp Systems and supported by a Creative Heights Award from the Oregon Community Foundation.