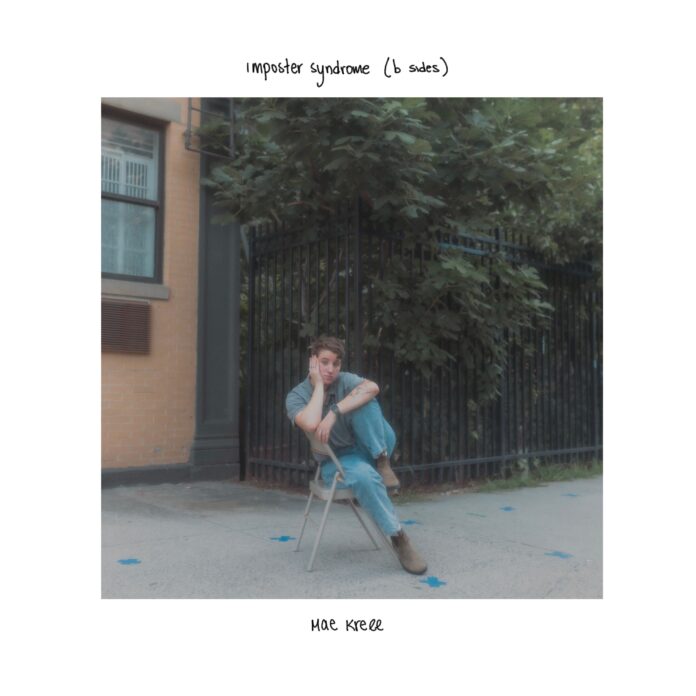 New York-based singer and songwriter Mae Krell is closing out the year with the release of the ‘imposter syndrome (b-sides),’ out on all streaming platforms today.

The two b-sides, “tooth fairy” and “(like) spring,” were written during the ‘imposter syndrome’ sessions. After the EP release, Mae revisited the unreleased demos with her producer Jakob Leventhal and decided to rework these two tracks. “A lot of times my favorite tracks from an artist are the ones that almost didn’t make it out, so I thought it would be only fair to give people a chance to love these songs the way I love some almost-forgotten-about ones,” she says.

Mae released “tooth fairy,” a heart wrenching track about realizing you may be better off without someone you thought you couldn’t live without, as a standalone single earlier this year. “(like) spring” rounds out the B-sides collection. A sparse, hypnotic and enchanting listen, “(like) spring” is a song about falling in love for the first time.

Elaborating on the new track, Mae writes: “I fell in love for the first time in February 2020 and by the end of the year I had followed her to a different state. Although I was away from my friends and family, I still had a feeling of home and belonging- thanks to her. Writing (like) spring originally started as me being fearful and lonely and trying to figure out why, and it led to a love song. For the places I never saw myself being happy in, until I was. For the neighbors and routines I didn’t think much about in the moment, until I moved away and started to miss them. And most importantly, it’s a love song for the girl who made me realize that I could write one, after thinking that I absolutely never would.”

At just 23 years old, Mae exudes a musicality wise beyond her years. Influenced by revered singer-songwriters like Bob Dylan, Phoebe Bridgers and Gregory Alan Isakov, Mae writes intimate reflections that confront past trauma, self-love and personal truths. With a distinct folk-pop sound and undeniable lyrical prowess, she has earned millions of streams across her repertoire with multiple tracks breaking 500K.

Her 4-track EP, ‘imposter syndrome,’ was released in early 2022 and instantly struck a chord with fans and tastemakers alike, with PRIDE aptly describing it as “an intimate and heart-wrenching dissection of the unavoidable self-doubt we all experience in our 20s.” This year has also seen Mae embark on two different tours, one supporting Ethan Jewell and a SoFar Sounds series that runs until the end of the year.

Listen to ‘imposter syndrome (b-sides)’ on all streaming platforms:
https://linktr.ee/maekrell