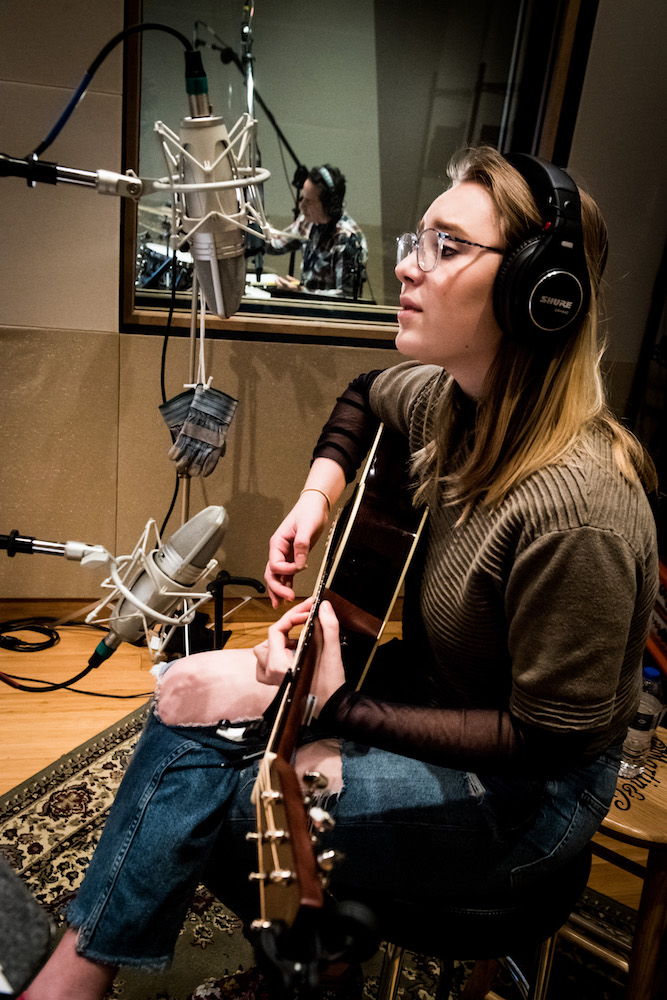 At the age of 15, Addison Agen was encouraged by a family friend to try her luck in auditioning for NBC’s The Voice. She followed that advice and soon landed a spot on the show, stunning international audiences with thoughtful, mature renditions of classics by Joni Mitchell, Ray LaMontagne, and others. Her age-defying talent and soulful delivery landed her second place in the prestigious program, propelling her confidence while offering a range of open doors and career choices.

Once she returned to her hometown of Fort Wayne, Indiana, Sweetwater Studios — also based in Fort Wayne — stepped in to support the budding artist with its world-class studio facilities, experienced on-staff session talent and a myriad of professional resources to help her take the next step on her promising career path: recording her first album and seeing it through to completion.

“We are proud to support Addison with our best-in-class recording facilities and staff,” commented Mark Hornsby, Vice President of Operations, Sweetwater Studios. “The depth of our recording operation at Sweetwater Studios is truly unrivaled — from the Russ Berger-designed technical spaces, to the breadth of the equipment and talent we bring to bear. We are honored to serve as an important platform for helping Addison Agen launch what promises to be a remarkable career.” 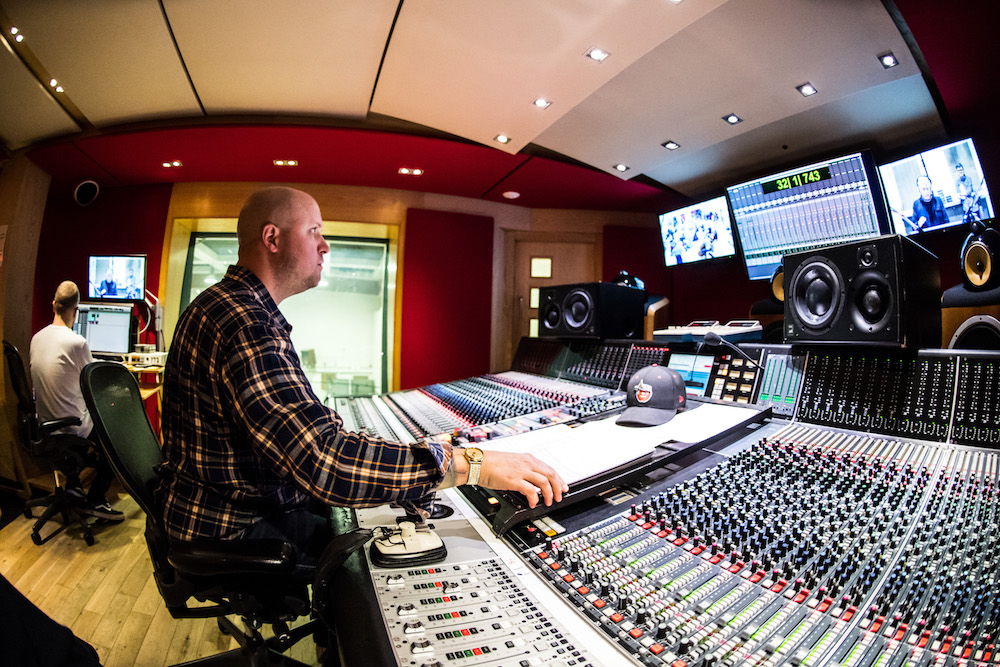 Sharing hometown musical roots
“As an Indiana-based company, we’re hugely supportive of our local region,” says Thad Tegtmeyer, Vice President, Campus Sales Operations & Artist Relations, Sweetwater. “We knew the scope of what we would be able to offer Addison to ensure her first recording was a success, so we wanted to jump in and wrap our arms around her and her family and connect a whole bunch of dots for her.”

Teaming up with award-winning co-producers Mark Hornsby and Phil Naish, Agen began planning her debut record and laying the groundwork for her sessions at Sweetwater Studios. Hornsby and Naish had heard Agen’s passionate renditions of other handpicked songwriters and musicians on The Voice, but they were both eager to delve deeper into the scope of her own capabilities as a musician and songwriter — both of which became readily apparent.

“She has a true, raw talent and an ear that is just uncanny for someone her age with no professional training,” Hornsby says. “Rarely does a performer of her age have the total package like she does.” The Sweetwater Studios team was also duly impressed by Addison’s values and commitment to her local community expressed through various activities like helping her church feed the homeless one night each week. “For what she does and how she sings, that spirit really fits,” Hornsby says. “One or two lines into the first song, I’m thinking, ‘alright, this girl’s got the whole package’.” 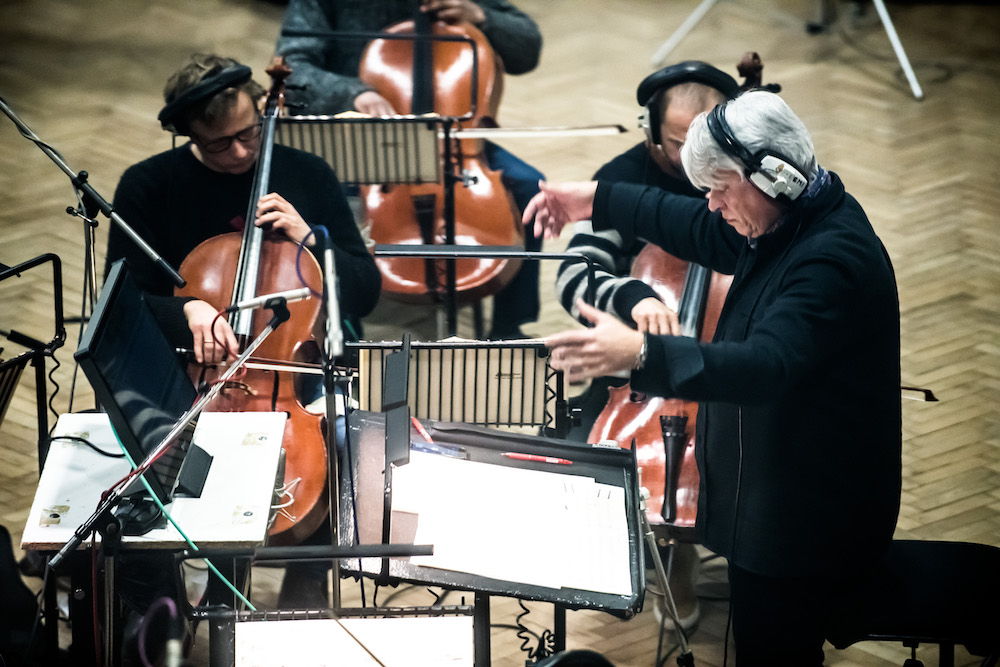 Partners in it for the long haul
Sweetwater Studios ultimately backed Agen with a multi-faceted support package that went beyond traditional recording services and included connecting her with on staff session talent and key manufacturer sponsorships. “At Sweetwater Studios, we have the ability to do something very different than what the rest of the industry can offer,” observes Tegtmeyer. “We are able to bring our manufacturer partners to the table to share in the support of our recording artists, with the gear used during the recording process, as well as the promotion of the project.”

Agen was soon connected to top industry manufacturers including Shure, Martin Guitar, and Universal Audio, all of who were interested in being a part of Addison’s success. “These brands are interested in working with Addison because she is such an exciting artist,” says Hornsby. “She’s also an incredible role model and each of these brands has their own ecosystem of fans who will want to go learn more about her and how she creates her music.  So we are able to leverage all of these synergies for the benefit of both the artist and the brand.”

Bringing unparalleled resources to bear
The scope of what Sweetwater brought to bear is impressive, including three premium, acoustically balanced spaces designed by Russ Berger, access to a warehouse containing over 150,000 square feet of pro audio gear and musical instruments, and an A-list roster of producers, engineers and session musicians — all of whom are readily accessible and work on staff. “We have more gear under one roof than any musician has access to than any other recording studio in the world, filled to the brim with effects, compressors, guitars, drums, microphones or anything else you can think of,” says Hornsby. “We are the only studio that can offer this combination of resources.”

For the recording, a full complement of Shure microphones was utilized, including the legendary KSM44A — which proved the choice microphone for Addison’s lead vocals. Meantime, Martin 00-28 and a D-28 were the go-to choices for acoustic guitar, while a Universal Audio Apollo interface allowed the team to leverage the power of the company’s AD/DA conversion and mic pre-technology.

Sweetwater Studios also had the right session players on call to play whatever Agen, Hornsby, and Naish could dream up. “Our musicians have worked with everyone from James Brown to the Oak Ridge Boys, to Genesis to Dolly Parton,” says Hornsby. “You just won’t find all these elements under one roof anywhere else, and we were happy to bring these resources together to help Addison realize her potential.” 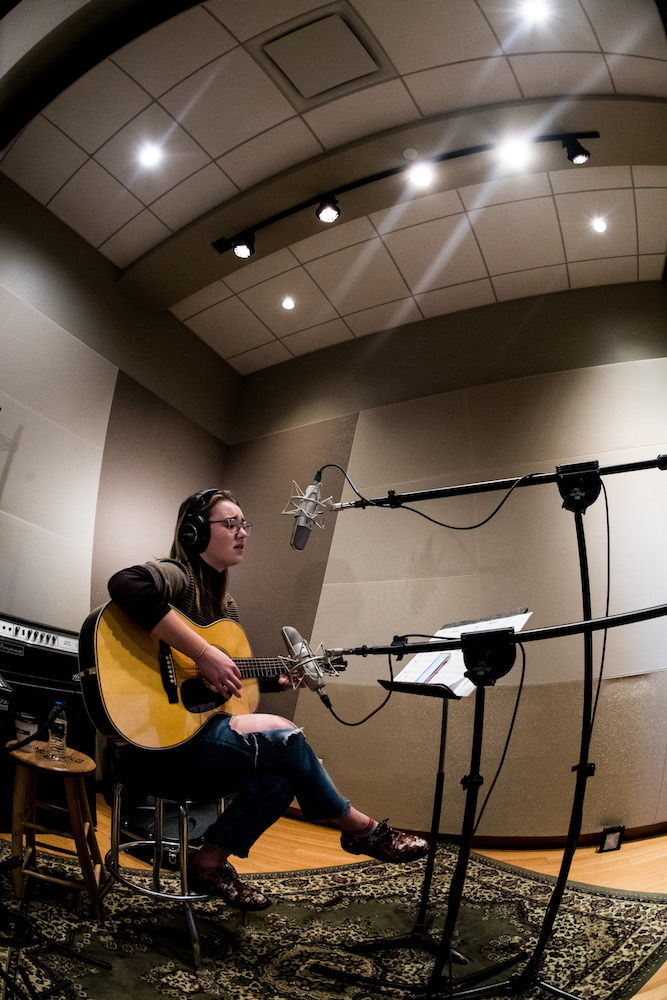 Helping forge a musical identity
For Hornsby, who has worked with artists ranging from Alison Krauss to Godsmack, the key in helping Addison to craft her debut was marrying her songwriting sensibilities with her newfound pop capabilities. “Addison would describe herself as a Folk-Americana artist, but I think what The Voice did was bring out a unique pop element in her,” Hornsby says. “When she sat down and started playing the songs she’d written for the album, which were mainly acoustic, we knew it was going to be organic and vibey.” Addison and Hornsby chose her strongest six songs, and then brought in four cover songs from outside writers — including Brandi Carlile, an artist Agen admires — to balance out the record.

Agen and Hornsby hewed close to the young star’s Americana roots while injecting pop flourishes. “One thing that is exciting with Addison is the wide age range of her fan base,” Hornsby says, noting two recent sold-out shows in Fort Wayne held at a 2,500-seat theater, where attendees ranged in age from approximately 15 to 65. “That diversity is one reason why we felt it was important wanted to cover our bases on the record, helping her find a unique brand of Pop Americana.”

Raising the standard for all
For Agen and other artists who’ve worked with Sweetwater Studios, the level and completeness of support often comes as a shock. “When we present these kinds of opportunities to an artist, they almost can’t believe it. It is completely outside of the box — and when you get everybody on the same page, from artists to producers to musicians, to manufacturers, everybody wins. It is a lot of fun, really rewarding, and really effective,” concludes Hornsby.

Agen’s album is due to be completed by June 1, and a video documentary is in the works that captures the recording process from start to finish — which also includes string sessions that were also produced by Hornsby and recorded at Abbey Road Studios in London.

About Sweetwater Studios
Sweetwater Studios is a wholly owned subsidiary of Sweetwater Sound, Inc., the largest online music instrument retailer in the country. With three world-class studios designed by Russ Berger and access to a greater diversity of musical equipment and professional audio gear than any other recording studio in the world, Sweetwater Studios is able to accommodate just about any recording, mixing or mastering project, no matter how simple or complex. With renowned staff producer Mark Hornsby at the helm, who has worked on many Grammy-award winning albums, Sweetwater Studios also has an exceptional staff of producers, engineers, session musicians and studio technicians. For more information on Sweetwater Studios, please visit http://www.sweetwaterstudios.com. 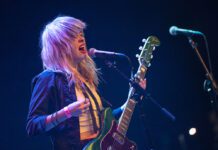 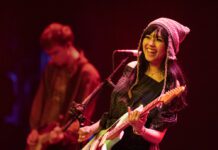