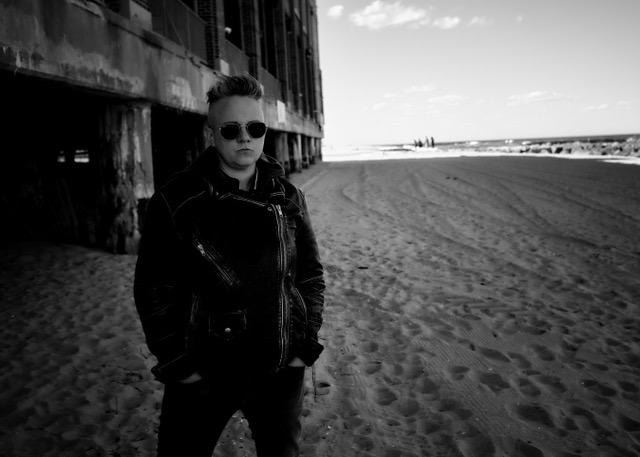 On August 28th, musician, songwriter, and producer Meg Toohey returns to her rock and roll roots with “That’s All Over Now.” A brooding rocker in the vein of Bruce Springsteen and Tom Petty, “That’s All Over Now” features Toohey deftly traversing between memory and the present, dream and hard, cold reality in a track that’s at once deeply emotional while beckoning the listener to roll the windows down, turn the volume up, and let it all go.

In 2020, Toohey released Butch, her first solo album since 2001. Going back to her roots, Toohey emulated artists with which she has always resonated deeply – icons like Neil Young, Joni Mitchell, and more contemporary singers Brandi Carlile and Lucinda Williams. Butch received critical acclaim from her peers in the industry and music critics alike.

Toohey continues the journey towards finding her own voice as a writer with a new series of singles to be released by Symphonic Distribution, starting with “That’s All Over Now.”

“I dug out my old record player and did a deep dive into 70’s Springsteen and Tom Petty, Dire Straits, and early Bonnie Raitt,” she said. “I tried to recreate the production styles and sounds that I loved hearing, bells, baritone sax, jangly guitar and slippery slide guitars. I knew that was where I wanted to go stylistically with this next group of new songs.”

“’That’s All Over Now’ is that song that I always want to blast when I’m on a road trip,” said Toohey. “I wanted to make sure that this group of songs had a lot of that feel-good vibe behind them. I guess it’s my way of trying to find some sunshine in these tricky times.”

A Berklee College of Music graduate, Toohey got her start on the Boston music scene, writing and performing alongside the likes of Lori McKenna and Josh Ritter. A move to the West Coast found her playing for the Weepies, touring with the iconic Manolo Garcia, and playing with former David Bowie guitarist Gerry Leonard. Toohey also produced projects for singer/songwriter Garrison Starr, as well as a track for a GRAMMY-nominated album by comedian Margaret Cho.

Toohey’s work has also been heard in a variety of hit TV series such as Pretty Little Liars, Vampire Diaries, Parenthood, Grey’s Anatomy, Gossip Girl, and other shows on MTV, PBS, and more. Her work with The Weepies has also been featured in films including Sex in the City, Friends with Money, Morning Glory, and Last Shift (which debuted at the Cannes Film Festival in 2015).

A move to NYC found Toohey playing guitar for one of Broadway’s hottest hit shows. In January 2020, she took her final bow along with the rest of the cast as Sara Bareilles’ Tony-nominated Waitress: The Musical closed after wowing audiences for nearly four years. In addition to her on-stage Broadway work, Toohey appeared in live TV performances on shows such as The Late Show with Stephen Colbert.

With “That’s All Over Now,” Toohey steps into the solo spotlight once more, mining her own personal experiences and musical inspirations to deliver the sort of expert songcraft that fans and critics have come to expect from this artist extraordinaire.

Listen to “That’s All Over Now” here.