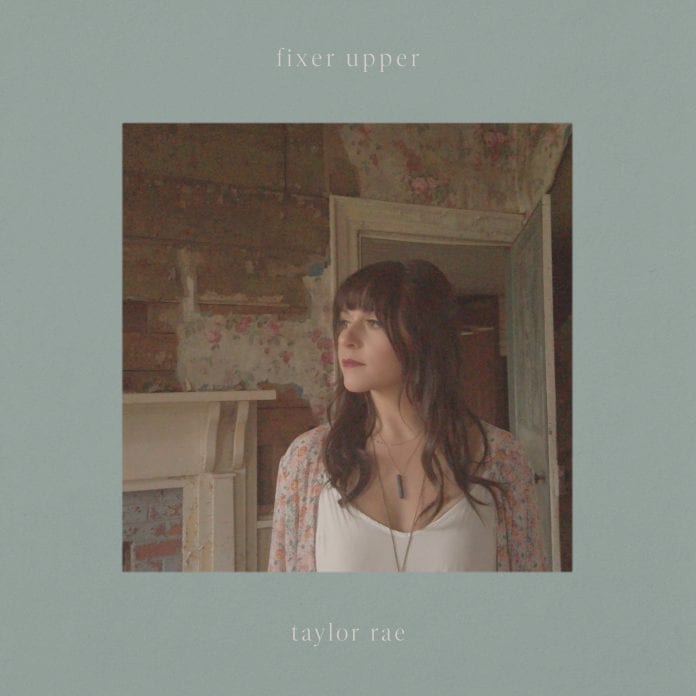 The video for “Fixer Upper” was produced and directed by Michelle Robertson and William Gawley for Charlotte Avenue Pictures with cinematography and editing done by Stephen Shiveley. Centerville, Tennessee (home to Minnie Pearl) provided the backdrop for the video.

When it comes to songwriting, Rae says her approach varies. She describes her music as “feel-good, rootsy, raw.” She became involved in music at an early age, participating in year-round musical theatre beginning at the age of seven through eighteen, and even wrote her first song, “Wake Up,” when she was just eight years old. Rae can be seen in the music video playing her favorite guitar — a Taylor 712e 12-fret guitar.

We filmed the video in Centerville TN (home to Minnie Pearl) at the Courthouse on the square and at the historic Nunnelly Farm. The Nunnelly family home was built in 1823 by Robert Sheegog, a prominent local landowner who later built writer William Faulkner’s home. Rolling hills of mature hardwood and the house give anyone a sense of what it was like to live on a productive Hickman County farm in the 19th or 20th centuries.

Tell us about the filming and production process for the official music video for your single, “Fixer Upper, which dropped earlier this month.

“Fixer Upper” was my first official music video shoot. Working with Will (the director) on the ideas for this video was effortless because we had almost identical visions. It was all about finding the location that could best serve the song. The Nunnelly house is an embodiment of all the emotions the song portrays — it’s melancholy, nostalgic, haunting, and beautifully dark. I decided to film barefoot — which was a bit unsettling as there were tons of unidentifiable objects, both natural and unnatural, everywhere on the ground. Luckily, I came out unscathed but either way, it would have been worth it!

The song was written in 2019. So what’s the inspiration behind the single, and what did the songwriting process look like?

I was sitting alone in my cabin in Santa Cruz in December of 2019 when I felt the sudden need to write the story of how my partner (at the time) and I had fallen in love. I picked up my Taylor 712e 12-Fret and 20 minutes later the song was done. At this point, we had been together for five years but for some reason, I had never written about how we met. The imagery used in the song describes significant locations in Los Angeles where we made some of our first memories. I used the term “Fixer Upper” for myself because at that time I was very broken. I had been in a relationship previously that was extremely toxic and he helped me out of it, as a friend. The parallel meaning is also that he was/is an extremely handy person. He was always drawn to run-down cars, houses, and things that we could rebuild with his hands.

You have a new album releasing this fall. What can fans expect?

Fans can expect the rawest, most authentic expression of myself. Mad Twenties is as dynamic as my journey through my twenties has been so far. The production, at its roots, embodies every musical influence I have had throughout my life. I’ve never been more proud of a project than I am this one, and I’m beyond excited to share it.