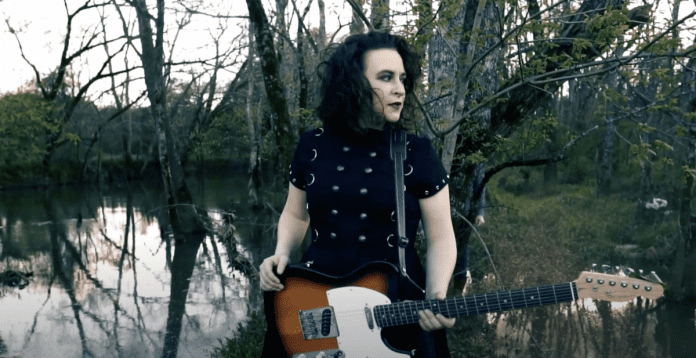 NASHVILLE, Tenn. –Fire spittin’ guitar slingin’ country gal Jordan Rainer is back and raising smoke with her official music video for her latest release Black Water Rise. The official music video premiered exclusively on The Country Network and immediately got added to their playlist rotation. You can view this on your local TV station or stream online HERE. You can also watch the video HERE. Black Water Rise is also available on all digital streaming platforms.

This edgy, dark and mysterious theme inspired by the legends of Louisiana culture and the Everglades sets an eerie but intriguing presence in the outlaw country realm. Behind the scenes of shooting off smoke bombs, fireworks, throwing guitars and lighting them on fire, acclaimed video director Alejandro Medina III captures Rainer’s badass energy shredding the guitar while knee deep in the swamp surrounded by a cloud of smoke. Letting out the grunge and angst, Rainer makes it apparent she’s not looking for remorse and feels the Black Water Rise throughout the scenes. “I started hammering out this cool guitar riff which we ended up keeping as the signature of the song. It was mean, swampy, dark, and a perfect mood setter.”
Penned by Rainer alongside melodic songstress Heidi Raye (Crossfire co-writer), and hit songwriter Kevin Brandt (Travis Tritt’s Love of a Woman), the single came about when “we talked about how we could make that ‘black water’ image to real life,” says Rainer. “Loving someone who’s toxic but also has this allure that that sucks you in, like the mud at the bottom of a marsh. You step in the pitch-black water not knowing it’s dangerous, then your feet are stuck and the water starts to rise, threatening to swallow you whole. It’s a pretty dark song, conceptually.” 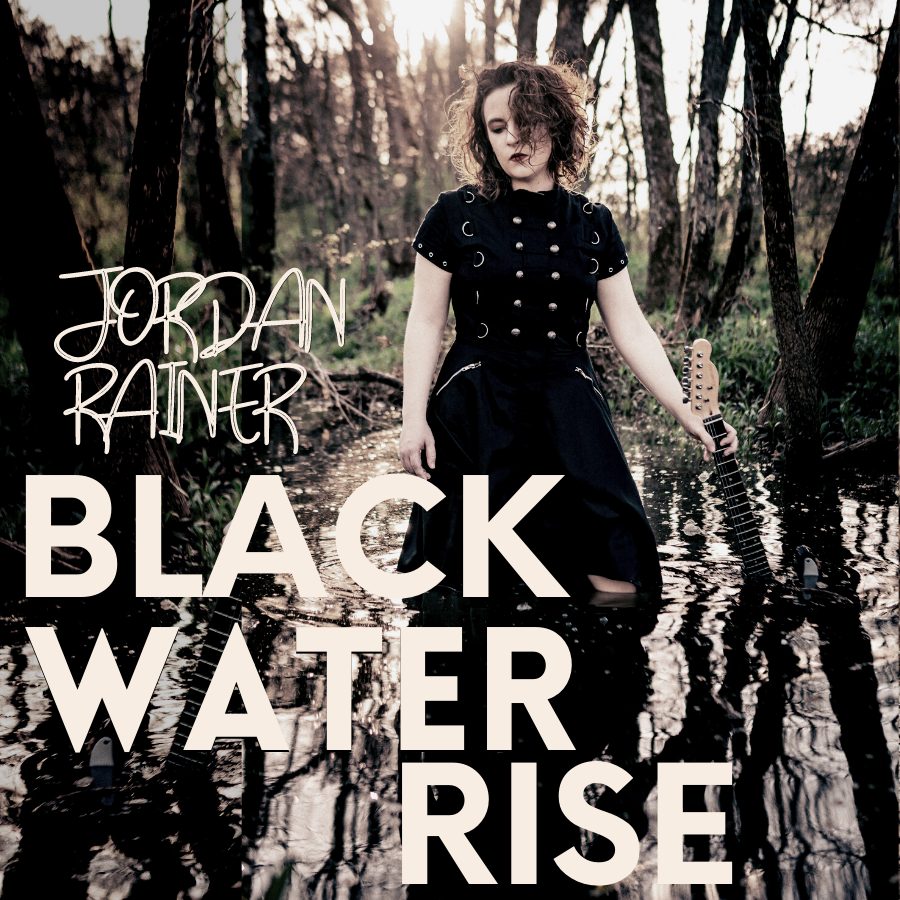 Black Water Rise was produced by Music Row’s Guitarist of the Year and CMA and Grammy veteran Ilya Toshinskiy. It also features some of the best studio players in the world including Toshinskiy himself on mandolin and splitting the electric guitar-heavy lifting with Rainer, Sol Littlefield (Jake Owen) and Rob McNelley (Dolly Parton). The song also features legendary drummer Fred Eltringham (Sheryl Crow), Grammy-nominated Brent Milligan on bass (Backstreet Boys, TobyMac), and background vocals by good friend and fellow recording artist Matt Wynn.
While her previous release Crossfire caught the attention of SiriusXM’s The Highway host Storme Warren, Rainer is continuing to write music, produce and get back out on the road, performing for the fans.
Stay in touch with Jordan Rainer on her website and on her social media platforms Facebook and Instagram.