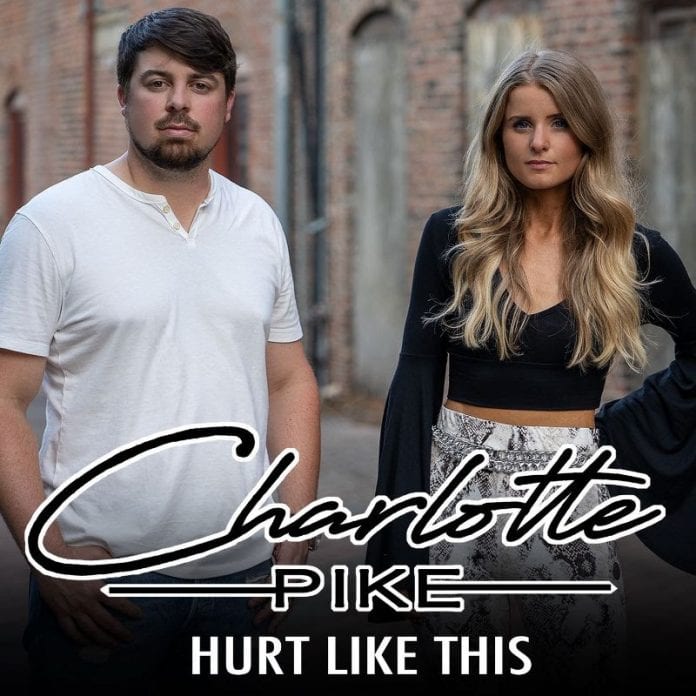 NASHVILLE, TENN. (August 9, 2019) – While successfully touring regionally as the Brent Gafford Band for several years, Brent and Lauren Gafford have steadily worked towards becoming a duo. The two wed in 2018, making the transition a natural progression – they’ve been performing together since meeting in 2013.

The Nashville-based duo, Charlotte Pike, has released their debut single to streaming outlets worldwide. The song, “Hurt Like This” was chosen in order to showcase the duo’s versatility – trading verses as well as lead and harmony. Co-written with Sam Grayson, the song took on a new perspective as the dual roles were introduced.

“‘Hurt Like This’ is such a powerful song for our debut,” Brent Gafford said. “Not only do we get to show off individually as vocalists, but it really just pinpoints the organic sound we’re going for.

“Our fans from over the years can rest assured that we’re still rooted in our sound, but we’re elevating the songwriting with added versatility.”

With rock guitar riffs and a country twang, “Hurt Like This” will remind listeners of what is becoming known as the golden age of country music – the 90’s.

“We really love the sound we got from this song” Lauren Gafford said. “The chorus is catchy, and we felt that trading verses really added a new layer and a different perspective to the song.”

Charlotte Pike is debuting themselves Friday, Aug. 9 at the 40 Watt Club in Athens, Georgia – the home of Brent’s alma mater. They will also be joining Deana Carter and Corey Smith as supporting acts this fall. For more about the duo, follow their social media accounts below.