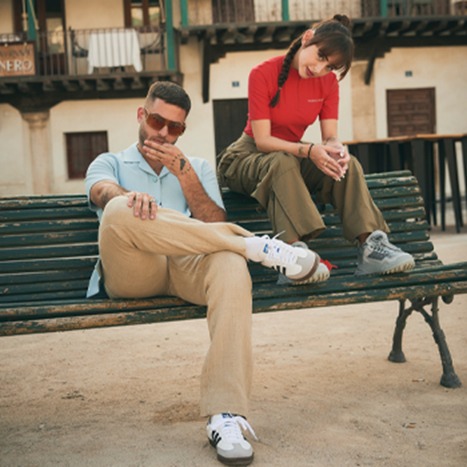 Explosive Argentine star Nicki Nicole enlists Spanish rapper Delaossa on her new single “Me Has Dejado“ (“You’ve Left Me”). The multi-talented female music force co-penned the song with Mauro De Tommaso and Evlay and co-produced the track with Delaossa and Kiddo.

The cinematic video was directed by Guillermo Centenera and filmed in Madrid. It showcases the R&B/rap game changer, Nicki Nicole, presenting the downfall of her on-screen relationship with track collaborator Delaossa. The official video features contrasting scenes of the two musicians with their friends. Nicki stuck on a sinking car and Delaossa in ruins. Watch HERE.

“Dani is someone that I admire very much. I have been a big fan of his since before I started making music. It is incredible to have my idol become my friend,” Nicki shares. “We made this song two years ago and my hope was to record it together in the studio, but due to the pandemic we had to finish it separately. Luckily, we were able to record the video together here in Spain. The great thing about this song is that it has my essence and his 100%.”

“Recording with Nicki was incredible because it was super organic. I learned about her through the Bizarrap session, and I reached out,” Delaossa remembers. “I invited her to sing with me at one of my shows, and then it flowed. When I went to Argentina we got together in the studio, and in about an hour and a half we created the song. It was supernatural and organic. It was a pleasure, there were great vibes. With Nicki there aren’t enough words.”

The 20 year old Argentine artist evokes R&B and soul into Argentina’s exploding urban scene and is regularly celebrated for challenging gender stereotypes along the way, highlighted in her Vogue profile, as well as her honor in The Guardian which named her “the star defying Argentinian rap’s macho culture.” The FADER-cosigned Nicki as a “dexterous, shape-shifting MC…” and her 2021 releases prove her track record for global smash success.