Home News Music News Out now: Jane Bruce’s “Song About You” is for all the men... 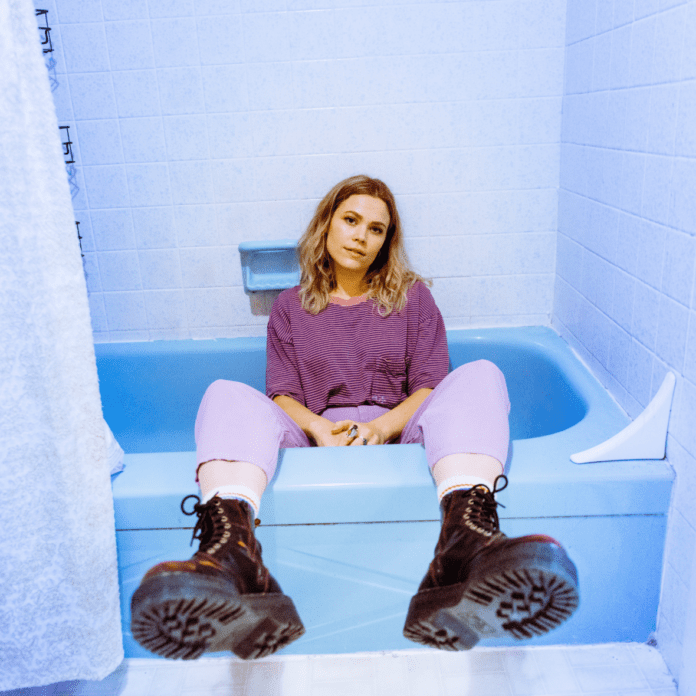 NEW YORK — January 14, 2022 — Singer-songwriter Jane Bruce is starting the year on a quietly powerful note: “Song About You,” out today, was written about an ex who kept showing up at her shows and concerts – either unwilling or uninterested in moving on from the relationship, even though she had long ago. The song is, by extension, also written for every man who thought they deserved a love song from her.

“It really threw me off because I couldn’t understand why he’d want to see me after the way I’d ended things,” Bruce told Flood Magazine. “I’ve rarely been the one to end a relationship, and in this instance I did not do it in a very graceful way. I’d been listening to a lot of Emily King at the time and trying to learn more of the jazz chords she uses, and I ended up with this vibey, honest, ‘I don’t need you, and you shouldn’t want to need me’ song.”

My Bed (Feb. 11) is raw, honest, complex and sometimes a little angry along the way: within its nine tracks, Bruce works through the sad and sticky process of letting go of a lover, as well as the idea of a perceived future, and recognizes self-worth in the process. “Too Late” ponders the moments of doubt that can accompany getting older: Did you miss your chance? Are you doing enough to make the most of opportunities? And what happens if circumstances get in the way of your momentum? Holler. says the singer-songwriter “captures an emotionally honest moment of self-doubt” and notes “against a somber acoustic guitar, Bruce’s voice climbs, aspiring to something more…Bass and drums enter after the chorus, grounding the song with a heftier weight that balances Bruce’s soaring voice.” It’s a glimpse into the smooth, bright vocals that permeate the album’s nine songs, bringing to mind the best of Laurel Canyon-era folk filtered through a modern-day lens.

“Best of Me” offers an exploration of the ways we present ourselves to the people we desire, delving into how our insecurities can feel like they’re truly getting the better of us. The Bluegrass Situation notes it’s “an interesting twist on a ‘pining-for-you’ love song.”

Bruce was raised in Ogden, Utah, a mountain town north of Salt Lake City. She always felt like a bit of a social outcast, raised by “proud, alcohol-drinking sinners” in a town that centered heavily around religion. She taught herself to play guitar at age 15 on a borrowed guitar, partly in an attempt to process feelings about teen crushes and the myriad emotions that accompany young adulthood, but also as a way to be seen as more than just a “theater kid.” Once she started playing and writing, she realized she didn’t care much at all what other people thought when she could get lost in emulating Joni Mitchell’s tunings and Shawn Colvin’s fingerpicking patterns.

Bruce credits her dad with introducing her to many of her early favorites, whose fingerprints can be heard throughout her own music — Aimee Mann, Fiona Apple, and Alanis Morissette, among them. Though many young women in the ’90s can count the latter as an influence, it’s a particularly noteworthy turn of events for Bruce, since she wrote much of My Bed in Cambridge, MA, where she moved to work on “Jagged Little Pill” before it made its way to Broadway. Bruce recorded My Bed at Wonderpark Studios in Brooklyn, with musicians-engineers Eva Lawitts and Chris Krasnow and fellow singer-songwriter Elliah Heifetz.

The title track, the first song written for the album and the catalyst for the rest, chronicles feelings in the wake of a life changing, of finding your place in a new reality. The sequencing of My Bed tracks the back and forth of such a rollercoaster time; one moment it’s longing and fragile, in the next defiant and confident.

“Messy” follows, with its exploration of sadness and self-loathing, then “The Final Word,” a part-two to a track from her 2017 EP, It’s You.

The last song written for the project was “To Be Needed,” finished after she gathered some of her last belongings from her ex, while the last song on the album, “Sweet Speculation,” ends the collection with a wink and a nod.

“No breakup, or change, or chapter of life ever comes to a perfect conclusion. It lingers and teaches you new things about yourself and your needs and flaws along the way,” she says. “I didn’t know it when I set out on writing this project, but writing these songs really allowed me to trust that I can be powerful, that I don’t need everyone to like me all the time, and that my ability to love people so fully is actually a superpower.”

“And also, the catharsis I feel when I put something in a song that releases me from a sticky emotion I couldn’t name is the best feeling in the world.” 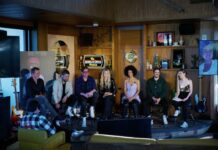 Fender Releases Next Player Plus Sessions Video with DYLAN 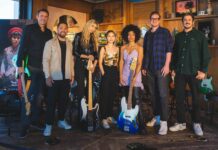