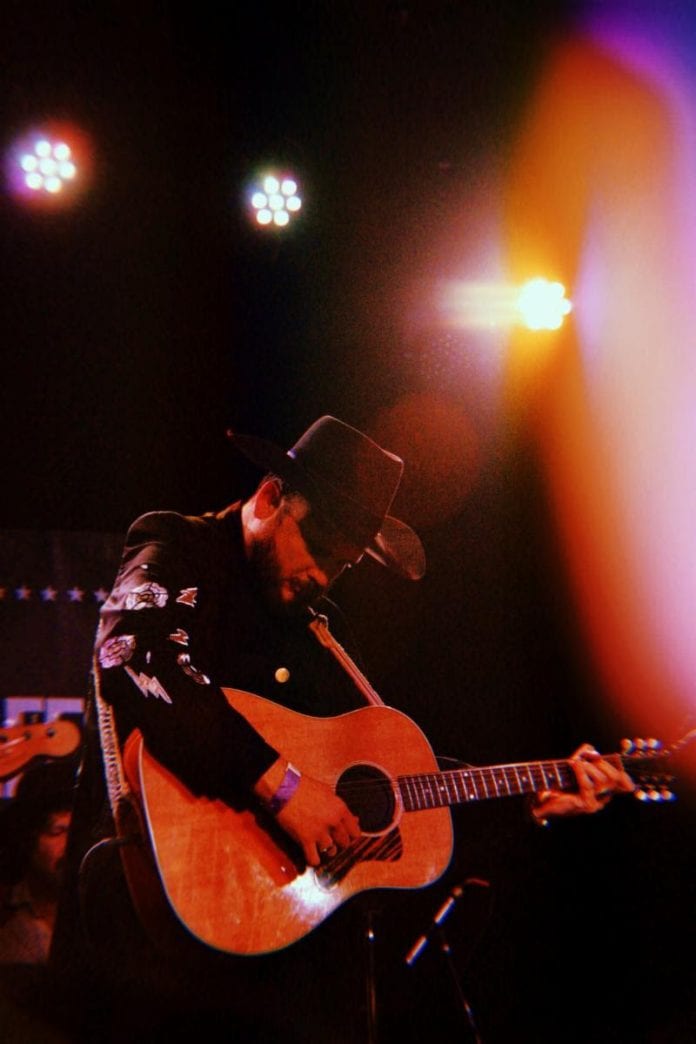 Allowing the women shine, Cauthen, who is nicknamed Big Velvet, recruited his “favorite female outlaws” as surprise additions. Nikki Lane performed “Why You Been Gone So Long” alongside special guest Charlie Sexton, and Margo Price joined Cauthen for a duet of “You’re The Reason Our Kids Are Ugly.”

In the midst of one and two song stage change-over, Cauthen’s 30 minute set of straight baritone-fueled condemnation was the anchor of the night. Backed by his own band — Americana Instrumentalist of the Year nominee Daniel Donato on guitar, Jordache Grant on keys, Matt McDonald (Texas Gentlemen) on bass, Tyler Powell on drums, Sevans Henderson on keys, and stamped with Jeff Dazey on sax. Cauthen delivered a set worthy of the “Must See” expectation set by so many leading into the festival.

The overall vibe was as diverse as it was alluring and included music lovers, conference-goers, and a wide range of artists ranging from acts like Sam Outlaw to Low County Sound writer Channing Wilson.

The Big Velvet Revue high-resolution photos are available upon request for review coverage, and Getty was on site all evening if you have access to the wire.

“I think this year is the year of Paul Cauthen” – NPR Music’s Ann Powers said as she introduced Cauthen at the NPR Music, WMOT and World Cafe live broadcast from the AmericanaFest Day Stage from The Local in Nashville earlier today (9.13).

Cauthen will perform again this afternoon (9.13) at SiriusXM at Robert’s Western World at 3:30 PM and Yeti’s official AmericanaFest party at Bobby Hotel at 6:45 PM. He’ll wrap with an acoustic performance at Shore Fire Media’s Salute to Americana party tomorrow from Noon-2 PM (9.14) at 3rd & Lindsley.