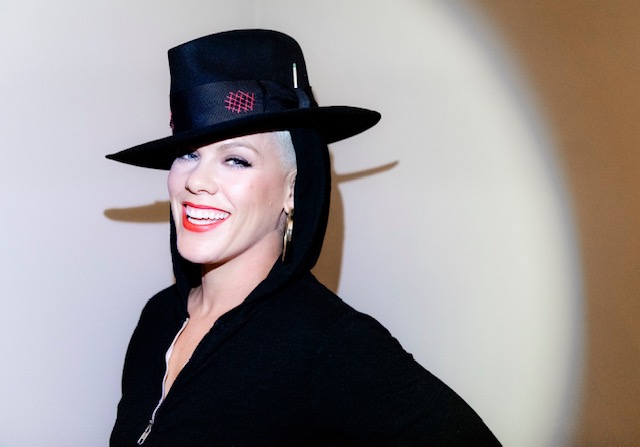 Los Angeles, CA – October 29, 2019 – E! announced today that global superstar P!NK will be celebrated with “The People’s Champion of 2019” award at the “E! People’s Choice Awards.” P!NK will be recognized for her continued support and work alongside No Kid Hungry, Make-a-Wish Foundation, Planned Parenthood, REVERB, Autism Speaks and Human Rights Campaign, and as an ambassador for UNICEF.

She is also nominated this year for Female Artist of 2019 and Concert Tour of 2019.  The “E! People’s Choice Awards” will be broadcast live from Barker Hangar in Santa Monica on Sunday, November 10 from 9:00-11:00pm ET/PT.

“There are so many wonderful organizations and individuals doing extraordinary things in our communities every single day,” says P!NK.  “These are our everyday warriors and champions. They teach us and our children that it’s cool to be kind and that change is possible. I feel honored to be a small part of that change and will continue to be a champion for the truth and for open minds and open hearts.”

“P!NK’s ability to capture a global audience with her music and also encourage them to act on behalf of important causes that affects humankind is awe-inspiring,” said Jen Neal, General Manager, E! News, Live Events and Lifestyle Digital. “As an activist who inspires change for the better, she is the epitome of a People’s Champion, and we are humbled to present her with this award.”

Having recently received a star on the Hollywood Walk of Fame, marking her ever lasting impression on pop culture and the musical community, P!NK first debuted on the charts in 2000. Since then, she has released eight studio albums and one greatest hits album, selling over 60 Million albums worldwide throughout her career. Her work has been recognized with three Grammy Awards, a Daytime Emmy Award, seven MTV Video Music Awards, including being named the 2017 Video Vanguard Award recipient, and was Billboard’s Woman of the Year in 2013 and most recently Billboard’s Legend of Live Award. Her latest studio effort Hurts 2B Human marks her third consecutive album to debut at #1 on the Billboard 200 Chart. P!NK just wrapped her highly acclaimed Beautiful Trauma World Tour where she played over 156 shows in 18 countries ultimately selling over 3 million tickets worldwide.  The tour is the 10th highest grossing tour in Billboard’s Boxscore’s history, and the biggest for a woman in over a decade.