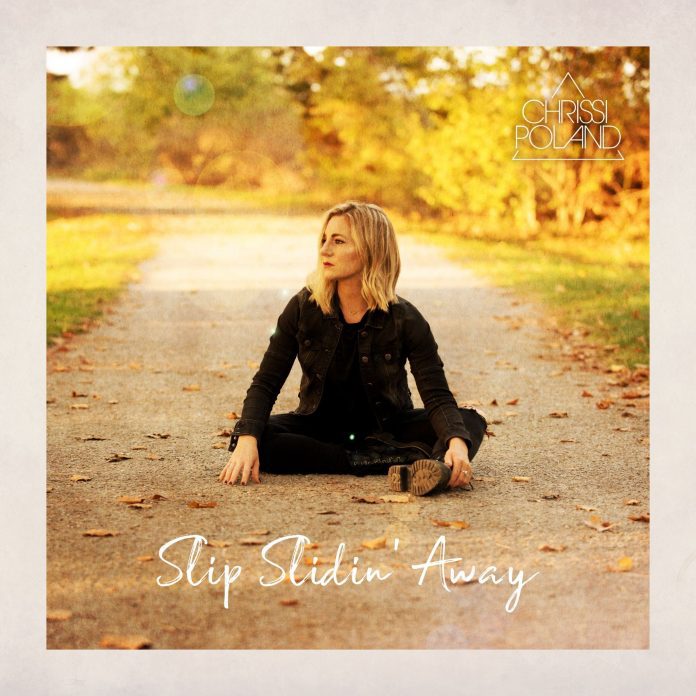 (New York, NY – October 13, 2021) In his popular 1975 ballad, “Slip Slidin’ Away,” Paul Simon sang about how some people can coast through life as their dreams slip away. With the pandemic derailing the lives and plans of many, the song remains very relevant today. Singer-songwriter Chrissi Poland reminds listeners to not let life pass them by in her modern take on the Simon classic, “Slip Slidin’ Away,” set to release Friday, October 15, 2021 on all streaming platforms.

Inspired by the poignant lyrics of the original song, Chrissi Poland recorded a cover of “Slip Slidin’ Away” for her new EP, Destination Home. Since she was a little girl, the song always resonated with her. Today as a mother to a two-year-old baby girl, the artist found herself growing tired of watching her dreams slip away and decided to go after them. Understanding the importance of reaching your goal, rather than coasting along without direction, as the song states, she encourages all to do so through her music.

Since moving to New York City at the age of 21, the Berklee College of Music alumna has been a staple in the music industry. The performer has lent her voice and art of songwriting to popular series on HBO, Netflix and Bravo as well as in numerous global and national commercials, including the I Heart NY Campaign where the musician can be heard welcoming everyone to the post-pandemic “re-opening” of NYC.

Her third release this year, Chrissi Poland’s “Slip Slidin’ Away” will be available on all streaming platforms this Friday October 15, 2021. Her new EP, Destination Home, is set to be released November 5, 2021.