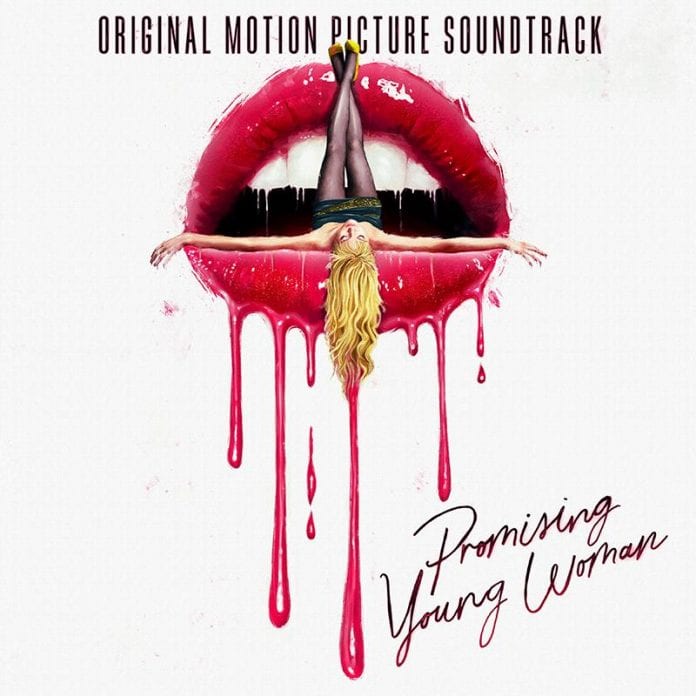 “I spent my childhood growing up on incredible soundtracks – Romeo + Juliet, Clueless, Can’t Hardly Wait and Empire Records saw me through every crush, heartbreak and schoolyard humiliation,” says Emerald Fennell, who also served as Executive Soundtrack Producer. “I never dreamed one day I’d be holding the soundtrack to my own film. Getting to work with Capitol on this record has truly been the most exciting process of all time and collaborating with so many unbelievably talented female artists has been magical. I’m so, so grateful to everyone involved.”

The album includes 15 songs by female artists plus a piece of score – Anthony Willis’ reimagining of the Britney Spears hit “Toxic.” “Drinks,” one of two songs written for the film by Cyn, was released today. Download / stream HERE. Directed by Taylor Fauntleroy (The Naked and Famous, John Legend), the official video for “Drinks” follows Cyn through the course of a night out and takes inspiration from the film’s visual aesthetic. View HERE. Cyn, who is signed to Katy Perry’s Unsub Records, has earned praise from Billboard for her “crisp, spirited pop sound carried by her timeless, all-embracing voice and literary lyrics.”

“‘Drinks’ is a song is about empowerment through friendship and understanding the fundamentals of lowering the bar tab. If Alexa knows the bartender then all the drinks are free,” explains Cyn, who also contributed the original track “UH OH” to the soundtrack. “‘Drinks’ and the movie complement one another thematically. For example, both pieces reveal moments of friendship, allegiance, hardship, strength, and of course, pose scenarios where drinks are acquired.

“Upon watching the movie, Promising Young Woman, I felt more inspired to finish my song, ‘Drinks.’ The chorus was written before I saw the movie, and the verses were written in consideration of the movie – knowing that may make a listening experience a little more interesting.”

DeathbyRomy and FLETCHER also wrote and recorded original songs for the film. In addition, the soundtrack features previously unreleased tracks from Muna and Blessus and an inspired choice of decades-spanning covers – Carmen DeLeon’s interpretation of “He Hit Me (And It Felt Like A Kiss”), a song penned by Gerry Goffin and Carole King for The Crystals in 1962, DeathbyRomy’s take on “It’s Raining Men,” originally recorded by The Weather Girls in 1982, and Donna Missal’s version of Cigarettes After Sex’s 2012 breakthrough single, “Nothing’s Gonna Hurt You Baby.” Charli XCX’s “Boys,” Paris Hilton’s “Stars Are Blind,” Sky Ferreira’s “Downhill Lullaby” and Juice Newton’s “Angel of the Morning” are among the previously released tracks that Fennell employs to subvert the audience’s expectations over the course of the film. Other featured artists include Maya B and Lily & Madeleine. See below for track listing.

The Promising Young Woman Official Soundtrack is now available for pre-order HERE. Those who pre-order the album in digital format will instantly receive “Drinks” by Cyn. Visit the soundtrack’s official website for more information: http://www.promisingyoungwomanost.com

Vice observed, “[Promising Young Woman] expertly uses femme pop songs to underscore its critically acclaimed twisted tale of trauma and revenge.” IndieWire noted, “The film is filled with inspired soundtrack choices – a strings-heavy take on Britney Spears’ ‘Toxic’ teases before it reveals itself at the perfect moment, and amusing use of an ‘It’s Raining Men’ cover sells Fennell’s pitch-black sense of humor early on.” “I cannot wait for the soundtrack release, said The Thrillist. The Daily Beast observed, “the use of a pop music soundtrack that could only be described as glorious…sees Fennell reveal just how astute she is at co-opting our own pop-culture expectations and biases.”

From groundbreaking director Emerald Fennell (Killing Eve) comes a delicious new take on revenge. Everyone said Cassie (Carey Mulligan) was a promising young woman … until a mysterious event abruptly derailed her future. But nothing in Cassie’s life is what it appears to be: she’s wickedly smart, tantalizingly cunning, and she’s living a secret double life by night. Now, an unexpected encounter is about to give Cassie a chance to right the wrongs of the past in this thrilling and wildly entertaining story.