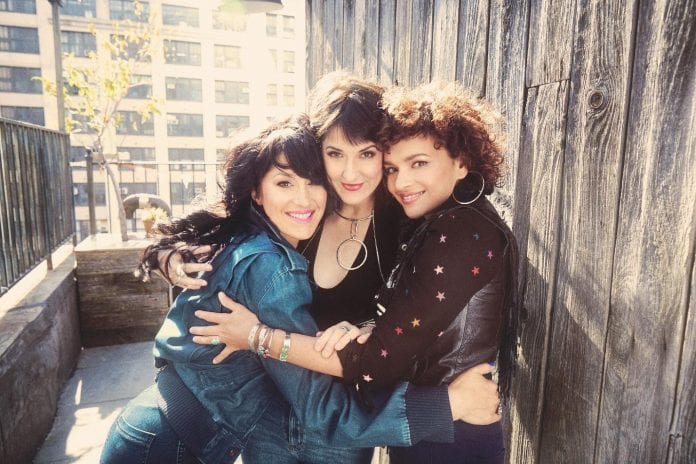 Puss N Boots—the charming trio featuring Norah Jones, Sasha Dobson, and Catherine Popper—have announced a February 14 release date for their second full-length album, Sister, which is available to pre-order on vinyl, CD, or download. The first single “It’s Not Easy” featuring a lead vocal by Jones is available to stream or download now. The band will also play two NYC album release shows – February 14 at Rough Trade in Brooklyn and February 15 at Bowery Ballroom in Manhattan – and appear at the 2020 New Orleans Jazz & Heritage Festival on April 25. Additional tour dates will be announced shortly.

Sister is a fetching collection of originals written by the band members collectively and individually, mixed with loving covers of songs by Tom Petty (“Angel Dream”), Dolly Parton (“The Grass Is Blue”), Paul Westerberg (“It’s a Wonderful Lie”), and Concrete Blonde (“Joey”). Jones, Dobson, and Popper each take turns delivering lead vocals and also pick up multiple instruments throughout the album trading off on guitar, bass, and drums.

“This band has always been a great adventure,” says Jones. “Sasha and Cat’s fearlessness eggs me on to try new things, be it playing guitar, drums, writing a new way or wearing an elf costume on stage. We feed off of each other’s eagerness to jump in, sink or swim. And singing together feels like the most natural thing in the world. It’s a real privilege to have found this space together, try different things and to watch this band grow into what is at this moment.  It is ever evolving and so fun.”

“For me this band has always been an incredible and uniquely safe outlet for trying new things,” adds Dobson. “For example, I’d been writing all year on bass but was too shy to tell anyone, but when Norah asked me if I had anything new, before I knew it we were covering those tunes and I was playin’ bass in the band!”

“We were rehearsing for something and we took a break,” recalls Popper. “I sat at the drums and started messing around, Norah came back and picked up a guitar and riffed, and Sasha picked up the bass, and in an hour we had ‘It’s Not Easy.’ My bandmates just love to make music and it’s been a great learning experience for me about setting my ego aside and taking a chance.”

The track listing for Sister is as follows: