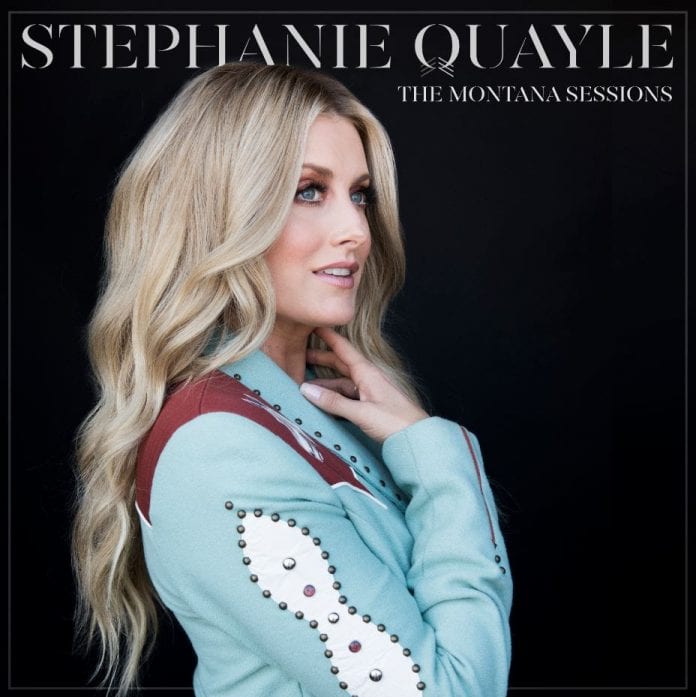 The series, filmed in Stephanie’s living room at her ranch in Emigrant, Montana, features stripped-down acoustic versions of the tracks off her latest EP, If I Was A Cowboy. The picturesque ranch also provided the backdrop to the title music video from the EP.

“This was a first for me. To record live in our home with amazing musicians” states Quayle. “These songs represent me, represent my Montana roots and the sound of Big Sky Country.”

Each track and video from Wrangler® Presents: The Montana Sessions with Stephanie Quayle will be released weekly via Stephanie’s social media pages with the full project available on Friday, February 14th. Audio tracks will also be available on all digital streaming platforms in conjunction with each video release.

Stephanie and Wrangler® have enjoyed a close working relationship over the past few years. The two have worked in tandem on several projects and events including the brand’s integration into Stephanie’s music video for her single, “If I Was A Cowboy,” Stephanie’s participation in the 2019 The National Day of the American Cowboy Tour Presented by Wrangler®, red carpet hosting duties for the Wrangler® Network at the Academy of Country Music Awards, pop-up performances at Wrangler® shops, a special Fourth of July Festival performance, various social media campaigns, product placements, and much more.

“I’ve been wearing Wrangler since I was a kid on the farm in Montana,” says Quayle. “Teaming up with them on THE MONTANA Sessions is a perfect fit.  From the back of my horse to the stage, Wrangler is synonymous with my western ways.”

Up next, Quayle will be heading to Park City’s famed Sundance Film Festival for a special performance on January 23rd at the Mountain Frontiers Filmmaker Reception hosted by the Montana Film Office & the Boise Film Foundation.

For more information on tickets, upcoming shows and all things Stephanie, please visit: