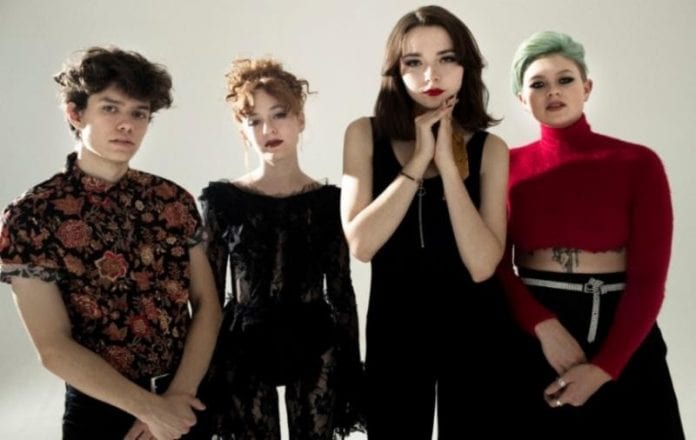 March 21, 2018 (Burbank, CA) – The Regrettes have confirmed additional tour dates for summer 2018, continuing what has already been a momentous 2018 for the band. The newly-announced dates include headlining shows across the U.S. and U.K. as well as stops with Cold War Kids, adding to the band’s extensive list of upcoming festival performances at Coachella, Governors Ball, Bonnaroo, Firefly Music Festival, Treefort Music Fest, Reading & Leeds and most recently announced, Lollapalooza. Tickets will go on-sale on Friday, March 23 at 7 am PST on www.theregrettes.com. A full list of dates is below, with many more to be revealed.

The band is hitting the road in support of the Attention Seeker EP, the group’s latest release since their hugely successful debut album, Feel Your Feelings, Fool!, which spawned their breakout 2017. Last month, Refinery29 premiered the band’s official video for “Come Through,” which was created by director Claire Marie Vogel and an all-female-led crew. Most recently, the band teamed up with Fender to launch the brand’s California Series acoustic guitar line and named Hard Rock Café’s Artist of the Month for March 2018.

The band is comprised of 17-year-old Lydia Night (vocals, guitar) and rounded out by members Genessa Gariano (age 20, guitar), Sage Chavis (age 20, bass) and Maxx Morando (age 19, drums), who have collectively dominated the Los Angeles music scene with their infectious – and unapologetically honest – punk-driven pop songs. Together, they have garnered widespread critical acclaim from the likes of NPR, Vogue, Entertainment Weekly, Billboard, Stereogum, Consequence of Sound, and more. The Regrettes have also toured extensively since forming in 2015, including a set at Riot Fest in Chicago as well as shows with Sleigh Bells, Kate Nash, Peaches, Cherry Glazerr, The Frights and most recently, SWMRS and The Interrupters.