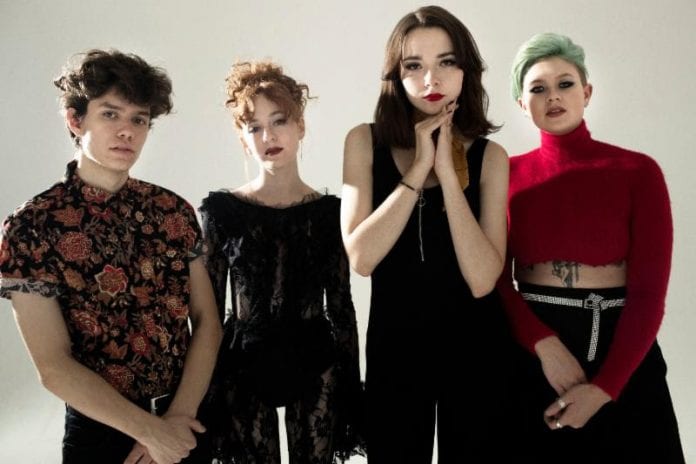 The Regrettes have announced a string of west coast headline dates, beginning March 16 in San Francisco, with tickets on sale today. The tour announcement comes on the heels of the news that The Regrettes will make the rounds at this year’s top summer festivals, including Coachella, Governor’s Ball, Bonnaroo, Firefly Music Festival, Treefort Music Fest, and much more to be revealed. The LA-based punk rockers are poised to be this year’s breakout act following a hugely successful 2017 that saw their widely applauded debut album, Feel Your Feelings, Fool!, topping several year-end lists including NPR Sound Opinions, Yahoo! Music, Los Angeles Times, The Aquarian Weekly and more. A full list of dates is below.

The Regrettes’ feminist anthem, “Seashore,” was recently synched in a Uniqlo online ad campaign for their newest line of women’s undergarments. Watch the full spot here.

The band is comprised of 17-year-old frontwoman Lydia Night (vocals, guitar) and rounded out by members Genessa Gariano (age 20, guitar), Sage Chavis (age 20, bass) and Maxx Morando (age 19, drums), who have collectively dominated the Los Angeles music scene with their infectious – and unapologetically honest – punk-driven pop songs. The band has toured extensively in the past year, including a set at Riot Fest in Chicago as well as shows with Taco Cat, Sleigh Bells, Kate Nash, Peaches, Cherry Glazerr, The Frights and most recently, SWMRS and The Interrupters. Since forming in 2015, The Regrettes have earned widespread critical acclaim from the likes of NPR, Vogue, Entertainment Weekly, Stereogum, Consequence of Sound, and more. See below for additional key praise of the band.