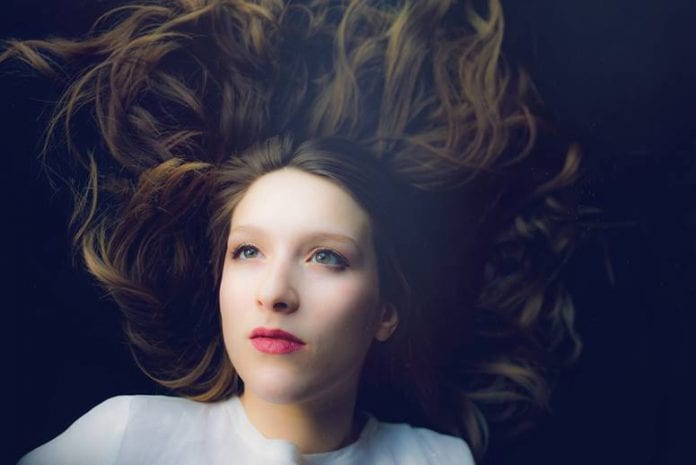 (Los Angeles, CA) July 11, 2018 – Blue Élan Records is proud to announce their newest signing, the singer/songwriter duo, ROAN YELLOWTHORN, with their debut album – Indigo – set for release on September 28, 2018.  ROAN YELLOWTHORN will begin an east coast tour on August 3 in Portland, ME and will make their way to down the coast hitting Boston, New York, and more.  Just ahead of the tour, first single, “Talk About It,” will be released on August 17th.

ROAN YELLOWTHORN’s talented frontwoman, Jackie McLean, accompanied by producer, multi-instrumentalist and partner, Shawn Strack, delivers ethereal indie-rock songs with a singer/songwriter heart. Their arresting sound, innovative collaborative process, and undeniable talent makes ROAN YELLOWTHORN poised to become one of the most compelling acts of their generation. With tendrils in pop, rock, indie, and folk, their music is at once familiar and like no other music today.

The songs on Indigo are deeply personal to the Camden, Maine born, McLean.  “Talk About It” was written about the feelings surrounding a very intense relationship ending, one without closure. “For years I was bothered by the silence that loomed between me and my former partner,” explains Jackie.  After writing the song, Jackie admits, “I feel I have some peace of mind now, and writing this song, putting my painful feelings into words played a large part in that.”

ROAN YELLOWTHORN is the alternative name Jackie created for herself in college with the intention of making it a permanent moniker. “I wanted to create something whimsical, nature-based, and reflective of my true soul”, she explains.  It was intended to differentiate her from her given name (her father is singer/songwriter Don McLean). “I felt I needed to have my own space, a safe space that I could create and explore inside of. Coming up with my own name was a way to give myself that space.”  The name didn’t stick in college, but when Jackie started writing songs and wanted a pseudonym to create and perform under, Shawn suggested using Roan Yellowthorn, the name she’d crafted in college. This time, it stuck.

Shawn and Jackie now call Upstate NY home where they live in something of an artist enclave- Shawn is an English teacher and produces music and videos in their home studio, while Jackie writes songs on the porch. Together, they practice before the open skies on their roomy front porch. For ROAN YELLOWTHORN making music together is not just the thing that brought them together, it has become the passion that drives them forward.