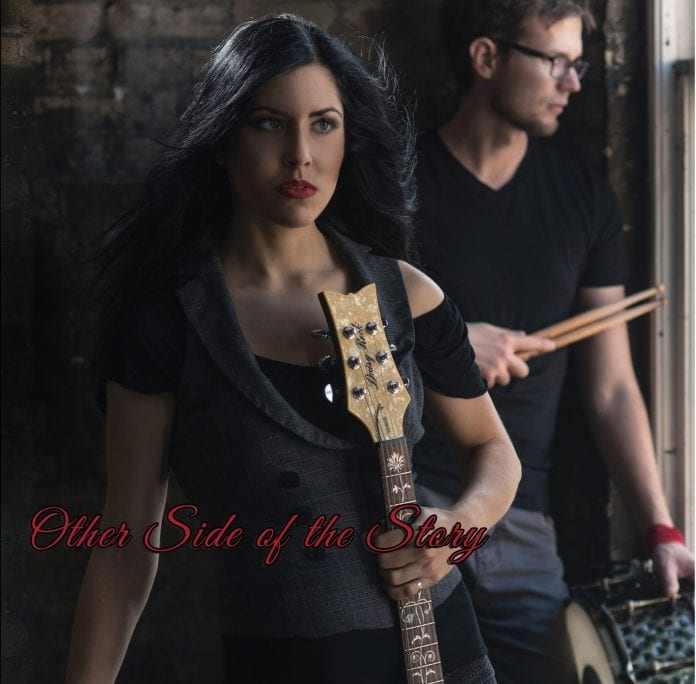 Rose Cora Perry grew up during the ’90s and she’s not about to let anyone forget it.  Acclaimed one of the top #10 indie talents across Canada and a personal favourite of former MuchMusic VJ Bill Welychka, Perry’s dynamic songwriting, and stage presence as much as her unconventional DIY attitude has made her the subject of many a media exposé.

The former frontwoman of major label signed grunge quartet, Anti-Hero, it didn’t take long for Perry to rediscover her footing as a fiery electric guitar-wielding band leader for her latest project, The Truth Untold.

Formed in 2016 in an effort to promote Perry’s most recent solo endeavour, in the mere three years they’ve been a group, The Truth Untold have already rocked audiences of over 200,000; sharing bills with SmashMouth and Platinum Blonde, and performing at some of the industry’s biggest events including Vans Warped Tour, Summer NAMM and International Pop Overthrow.

Following the group’s successful 2018 US breakthrough tour, which included a showcase at Hollywood’s legendary Whisky a Go-Go, September 2019 marked the widely anticipated release of The Truth Untold’s debut EP, cleverly entitled, “Other Side of the Story.”

Inspired by the “big sound” achieved by former Metallica producer Bob Rock on ground-breaking records like the “Black” album, The Truth Untold’s debut features reworkings of four tracks previously released as part of Perry’s solo catalogue, along with a creative distortion-driven take on Adele’s “Rolling in the Deep”, complete with original vocal arrangements composed by Perry herself.

To bring her vision to life, Perry enlisted the talents of celebrated local and international recording professionals, whose respective works have received nods from both the Juno and Grammy committees. While production was handled by the platinum-certified engineer, mixer and producer Kevin O’Leary of Toronto, known for his contributions to albums by Walk off the Earth, The Trews and Billy Talent, Roger Lian of New York whose client roster boasts Madonna, KISS, and July Talk headed up the project’s mastering.

Tracking was completed at two Canadian studios last summer and features the musicianship of Perry on vocals and rhythm guitars, long-time collaborator Tyler Randall on drums and leads, and former touring member/soundwoman Amber Gorham on bass.

Backed by the support of the band’s instrument sponsors Daisy Rock Guitars, Blackstar Amplification, and Mapex Drums (Canada), “Other Side of the Story” successfully marries layered operatic-like vocals and chugging guitars, with dynamic hard-hitting rhythms, seemingly lost to another era, but eager to be rediscovered.