“Cousins has a disarmingly fluid vocal tone and an ability to convey the most internalized emotions—disappointment, grief, resolve, forbearance—without an ounce of fuss.”
—NPR Music

“When Rose Cousins sings she soars and swoops, never to show off but always in service to the song.”—Associated Press

Grammy-nominated and JUNO Award-winning songwriter Rose Cousins is set to release her new album, Bravado, on February 21, 2020, via Outside Music. Lead single “The Benefits of Being Alone” debuts today; watch and share the video HERE, and pre-order Bravado HERE. The video premiered on Folk Alley, who call the “breezy new number…a breath of fresh air.”

Of the new video, which is co-directed by Shehab Illyas and Cousins with illustrator Hannah Emmett, Cousins says, “I saw the whole video play in my head shortly after we finished recording the song. I imagined a Wes Anderson type scene, contrived and idyllic, with many hands helping to hold the whole thing together. This video, song and my new record, Bravado, are about juxtaposition. What version of what story is true?”

Cousins describes Bravado as a record for those who struggle with loneliness and those wishing they had more time alone—for those who struggle to connect with others, or even to connect with their true selves. “I think about how we’re so disconnected,” says Cousins. “I get sucked into my phone and forget to go for a walk because of this sense of obligation I have that convinces me to get as much work done as possible. We’re missing what’s actually happening. I’ve been thinking about how we must be getting close to a breaking point.”

For Cousins, Bravado also marks a chapter of personal and professional growth: she is the producer on the record, applying her years of experience, trusting her own ear and pulling thoughtfully from her network of talented colleagues. “I booked some studio days with the intention of making a single and working with some Toronto based musicians I’d always wanted to including Joshua Van Tassel on drums, Robbie Grunwald on keys, Brian Kobayakawa on bass, Dean Drouillard on electric guitars and with Chris Stringer as engineer. Soon after, I realized I was chasing a theme and a feeling I’d been pondering for months and it turned into a whole record of, perhaps, my best writing.”

Cousins continues to tour supporting Patty Griffin, and will return to Canada in March of 2020 with special guest John Paul White. Current tour dates can be found below, with a 2020 U.S. tour to be announced.

Recently, Cousins shared her version of Prince’s classic, “I Would Die 4 U,” recorded together with Bear’s Den and Christof van der Ven while all were serendipitously in Toronto on a day off from tour. Listen to and share “I Would Die 4 U” HERE.

Cousins’ last project, Natural Conclusion, received notable acclaim, including a nomination for a 2018 Grammy Award, a nomination for Songwriter of the Year award at the 2018 JUNO Awards and three wins at the East Coast Music Awards. Cousins also writes for film and TV and her songs have appeared on the programs “Grey’s Anatomy,” “Supergirl,” “Reign” and “Nashville,” among others. She has shared stages with songwriters such as Patty Griffin, Shawn Colvin, Lori McKenna, Mary Chapin Carpenter, Jann Arden and Ron Sexsmith. 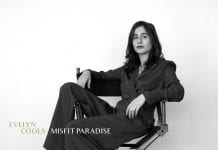 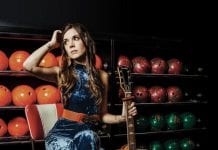 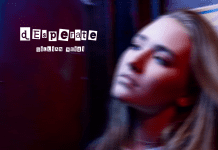