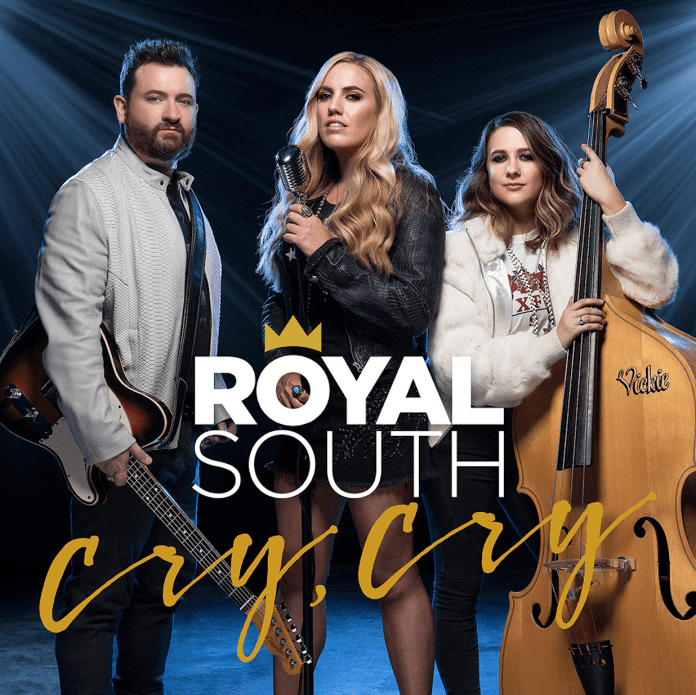 NASHVILLE, TN. (Jan 18, 2019) – Anticipated new Country trio, Royal South, made their impactful debut today with their lead-off track, “Cry, Cry.” Produced by Paul Worley, the single has quickly been met with success having already topped #1 on the UK Country iTunes Chart as well as securing the #2 spot on the US New Country iTunes Chart, an impressive feat for the independent group. Written by the late Andrew Dorff, the promising debut showcases the trios undeniable 3-part harmonies and is available now HERE.

Some southern twang, a British accent, and an undeniably brilliant 3 part harmony, Royal South formed in 2017. The exciting new trio, featuring SaraBeth, Glen Mitchell, and Vickie Vaughn, quickly amassed a loyal following which has led to packed out venues during their recent European tour. Individual artists in their own right, with chart topping songs, Grand Ole Opry performances, industry awards, a fiercely loyal social media following, and world tours between them, Royal South is the perfect storm for the creation of a Nashville powerhouse. When they take the stage, there’s an energy that both the audience and members can’t deny.