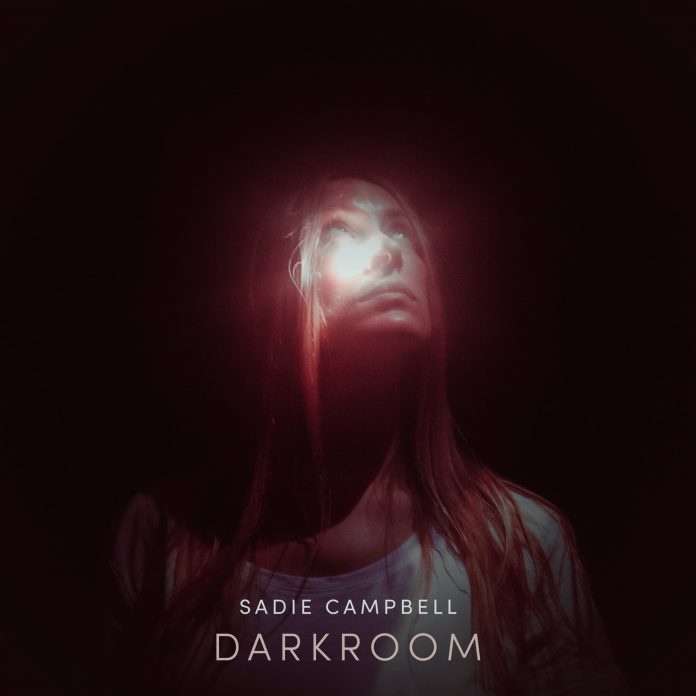 September 21, 2021: Today, singer/songwriter Sadie Campbell has shared a full EP music video for her recently released EP Darkroom. Campbell wrote Darkroom about her own mental health struggle in 2020, when isolation and uncertainty gave way to despair and, eventually, healing. On three gripping songs, the Canadian-born, Nashville-based artist tracks the mind’s disorienting descent into depression. Raised Rowdy calls Darkroom, “one of the cooler projects of the entire year” adding that, “The EP does a phenomenal job of capturing the emotions of Campbell’s journey from beginning to end… This video encompasses the sounds and emotions that we all felt at one time or another during this backward and unprecedented year.”

“​​Depression and anxiety can feel like a nightmare, where you’re stuck in a dungeon you can’t escape from,” says Campbell. “I really wanted the video for Darkroom to symbolize the journey I had, wrestling through my demons to eventually find the light again. I didn’t have a giant budget or director for this- I just had a vision and a few great friends to help me bring it to life. Couldn’t have done it without Sara Miller, Keenan Keaton and Katie Mulroney behind the camera, and the wonderful edit by Marco Pazzano.”

Holler Country recently named Campbell New Artist of The Week saying, “Country-folk is built on the beauty of lyricism, but sometimes a particular musical interlude ends up saying far more than any one verse can. That’s the case with singer/songwriter Sadie Campbell’s single ‘Fade.’ Across a slow, and increasingly intense, opening build of electric guitar, synths and vocals, Campbell captures the difficulty of breaking out of a darker moment.”

The Tennessee Star also spotlighted Campbell recently, raving that the “singer-songwriter has a strong sense of self, and the music that pours out of her is meaningful, purposeful, and it will draw you in like a moth to a flame.” The Daily Utah Chronicle called Darkroom “explosive, powerful, soulful and unflinchingly honest.”

For Darkroom, Campbell wrote and recorded the vocals and acoustic guitar in her apartment, and sent the demos to Stuart Cameron and Peter Fusco. From there the trio collaborated and built the full tracks from scratch. “We weren’t in a studio with a green light or anything. We just let inspiration flow,” Campbell says of the process behind the raw sound of the EP. Now, she is ready to get back to performing and to resume her life as a working artist, with a newfound patience with herself and understanding of her own mind, struggles, and joy.

Campbell will perform at AmericanaFest this week in Nashville with a showcase on Saturday, September 25 at 10pm at The Basement.