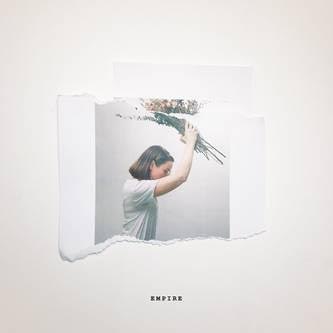 Both a continuation and an evolution, All The Hours I Have Left To Tell You Anything (November, 2018) is MacDougall’s fourth record, following 2015’s Western Canadian Music Award winning album Grand Canyon.

The first single from All The Hours I Have Left To Tell You Anything (November, 2018), EMPIRE (July 6, 2018) was created at an artist retreat in an abandoned silver mine town in the Yukon shortly after the death of her grandfather and the dissolution of a long-term relationship. The song is as catchy as it is mysterious, ambitious, and heroic.

Listen to the single: https://baselinemusic.lnk.to/EMPIREPR

All The Hours I Have Left To Tell You Anything conjures up themes of identity, death, breaking down of relationships, birth, and the ghosts we carry throughout. MacDougall’s writing deftly captures the urgency of life and surrendering to its immediacy.  Epic while remaining intimate, lush while staying stark, and melancholy while still managing to celebrate, the record is undoubtedly influenced by MacDougall’s Swedish roots and the vast and dark beauty of the North.

All The Hours I Have Left To Tell You Anything builds and evolves from MacDougall’s unique sound adding dance rhythms, atmospheric guitars, and synths to augment her haunting vocals and poetic lyrics. She called on some of her favorite musical friends to join her on the record including Anna Ruddick (Bry Webb) on bass, and Loel Campbell (Wintersleep) on drums. Production, engineering, and additional instrumentation was done by Marcus Paquin (Arcade Fire, The National). Additional production and engineering work by Vancouver based Nygel Asselin and LA-based Rich Jaques and Bill Lefler, all combine to make this a truly special record.

Sarah has been described as a mesmerizing performer, and she has played festivals such as Iceland Airwaves, Edmonton Folk Festival, Reeperbahn, and has shared the stage with artists such as Bruce Cockburn, Cat Empire, Tallest Man on Earth, Passenger, and more.