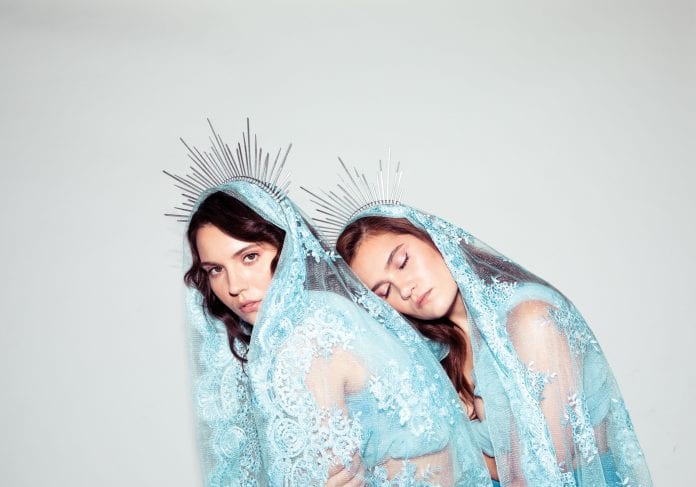 Today, Lily & Madeleine have released “Can’t Help The Way I Feel,” the third track from their forthcoming album Canterbury Girls, out February 22 on New West Records. An undeniable jammer and album highlight, the song grooves and bristles, with confidence and sparkle to spare. The song was co-written by Madeleine and Daniel Tashian, who produced Canterbury Girls with partner Ian Fitchuk (the two also produced Kacey Musgraves’ Golden Hour).

Speaking to the sister duo’s writing process for Canterbury Girls, Madeleine has said, “Everything on the record is completely ours. I feel like we have complete ownership over it, and that makes me feel very strong and independent.” “Can’t Help The Way I Feel” is the album’s beating heart.

Canterbury Girls also features the song “Just Do It,” which recently debuted on Spotify’s New Music Friday, and first track “Self Care” — a song Rolling Stone hailed as a “dreamy piano waltz.”

In addition to the new track, Lily & Madeleine have announced the west coast leg of their most extensive headlining tour to date.  See below for a full list of dates. Having cut their touring teeth opening for Dawes, Rodriguez, John Mellencamp and more, the duo has assembled a four-piece backing band for their 2019 headlining shows, which kick off February 18, in New Haven, CT.

LILY & MADELEINE ON THE WEB: