Home News Music News Singer-Songwriter Rachele Lynae to Release Single and Video for “Guy In The... 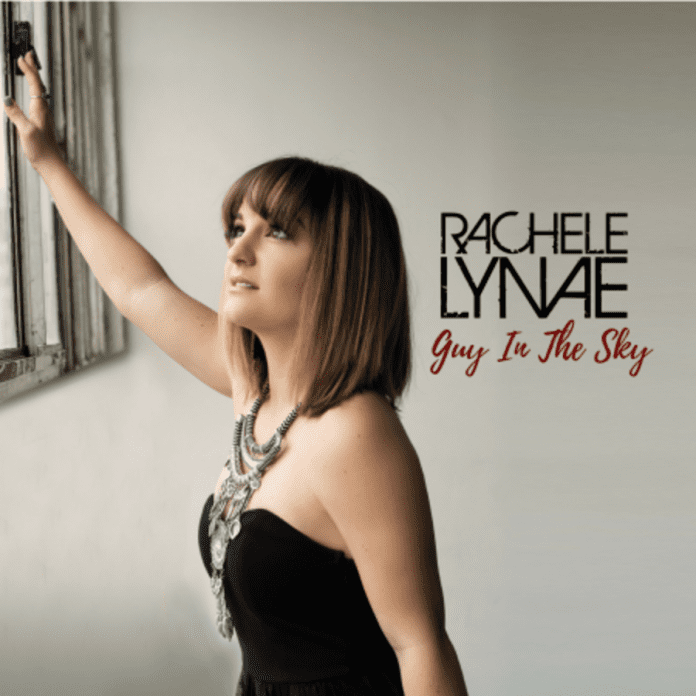 Nashville, Tenn. (June 19, 2018) —- One of country music’s heralded new stars, Rachele Lynae, will release a single and lyric video for “Guy In The Sky” June 25th to all digital music outlets. The song was co-written by Lynae, along with Nashville esteemed songwriters Patricia Conroy and Danick Dupelle, and was produced by Lynae, Dupelle, and David Dorn. AXS.com says about the tune, “The brazen country artist cops to her astonishment and reverence for spiritual forces on the mesmerizing track.” We go to church and then we lie/We pray for peace and then we fight/We want to meet you when we’re dyin/Round and round and round we go/And I thank you God for never letting go.

“At a time when we need to remember God’s faithfulness despite the world’s chaos, this song is meant to provoke thought and introspection while offering hope. For me, it’s really a song of gratitude. I’m so thankful that we don’t have to go it alone, and that it’s not my job to keep the world going. If it were, we’d all be in trouble,” said Lynae with a chuckle.

Lynae’s single is a follow up to her self-titled critically acclaimed album, which was produced by country star Jamie O’Neal. Country Weekly proclaimed, “Rachele Lynae certainly has the talent and story to make her stand out in country music,” while Country Music Matters added, “This debut album is extremely impressive.” Her music success led to the natural born entertainer sharing the stage with such high-profile acts as Keith Urban, Kelsea Ballerini, The Band Perry, Jerrod Neimann, Maddie & Tae, Randy Houser, among many others. Lynae also had two performances for fans at BB Kings and Margaritaville during CMA Music Fest.

Known for her storytelling lyrics, powerful vocals, and energetic stage performances, Lynae made a quick impact on the country music scene upon her move to Nashville. Her song, “Fishin for Something,” received airplay on Sirius XM, while “Whole Lotta Nothin” was included in Apple Music’s Country A-List, and “Quicksand” made its world premiere at CMT and became the No. 1 top trending video. The video also received airplay on GAC, ZUUS Country, CLUBCOM’s “Listen Up” series that reached over 2,800 fitness venues and with 100 Rooms to GO locations through the in-store Sports Network/Media Place programming.