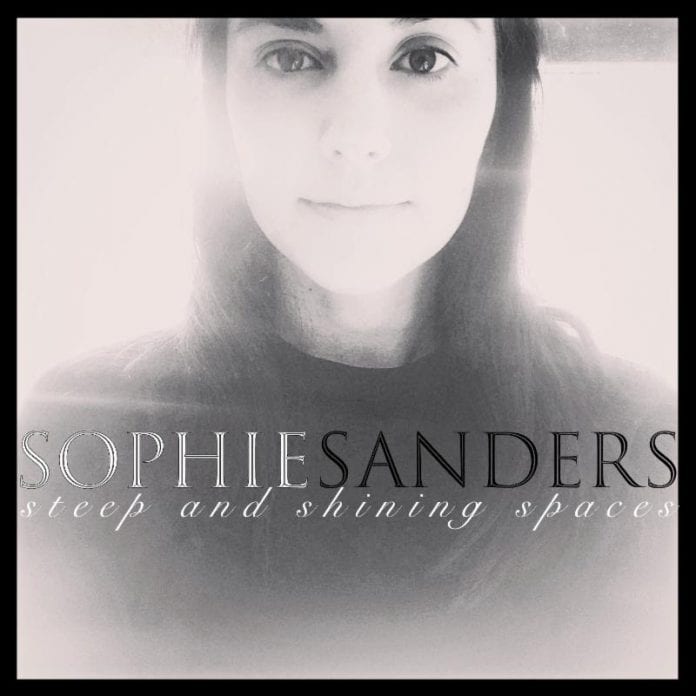 NASHVILLE, Tenn. — December 2, 2018 — What do you get when you cross a vocal collaboration with Amy Grant, sounds that push the boundaries of country music, and a way with words that’s rooted deep in the blood? The answer: rising Nashville songwriter Sophie Sanders’ debut album, ‘Steep and Shining Spaces,’ available on Spotify and iTunes as of Friday, November 30th.

Produced by Grammy-nominated Felix McTeigue, co-writer of Lori McKenna’s “Wreck You” and Florida-Georgia Line’s “Anything Goes,” ‘Steep and Shining Spaces’ is an intimate look at Sanders’ first five years of writing in Nashville. She wrestles with doubts, loneliness and relationship highs and lows, and points to a peace that she always finds in the world around her.

Sanders, who was raised in the folds of Nashville’s music business (her father, Mark D. Sanders, is responsible for country mega-hits like “Heads Carolina, Tails California” and “I Hope You Dance”) is as surprised that she’s taking on the spotlight as those close to her are. She never expressed interest in music while growing up, and the self-admittedly shy child certainly had no plans to sing. She did find early on, however, that she loved to write poems and prose.

In 2011, she graduated from the University of North Carolina at Chapel Hill with a B.A. in Psychology and Anthropology and an English teaching assignment with the Peace Corps. The next week, she was home for a few days and reached for one of her Dad’s guitars out of idleness. The obsession came immediately. She packed her Dad’s baby Taylor and carried it with her to East Java, Indonesia, where she practiced chords and experimented with writing on long, hot afternoons after teaching at the local high school.

This worldliness, Sanders’ education in people and how they work, and her hopelessly idealistic spirit shine through on ‘Steep and Shining Spaces.’ The album features four co-writes and seven solo writes. She stuns with personal insights on songs like “Sliding Glass,” where she compares the lack of intimacy in a relationship to the door in her living room. “It’s like our lives are stuck in one frame on different tracks,” she laments.

On the lead single, “Still Waters,” which debuted in Billboard in July and features longtime family friend Amy Grant, Sanders drifts into the breaking waves of doubt and uncertainty but comes back to the sense of calm and purpose that lie in the still waters of her soul.

Sanders even penned one song, “Pretty,” the sassiest on the record, with her Dad and co-writer Kalisa Ewing.

Sanders sees her full-length debut as a declaration that she’s here and here to stay.

“I just want people to know that I’m writing and I’m not going anywhere,” she says, unsure of whether her first record leads to more or her songs are ultimately for others to sing.

“The truth is I don’t really know what I’m doing, I’m just doing it because it feels right, and people seem to think it sounds right, too!” she laughs.