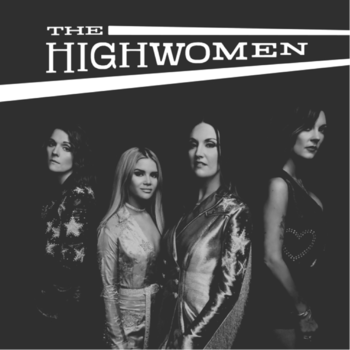 In advance of the release, The Highwomen made their live concert debut at Newport Folk Festival earlier this summer. Of the landmark performance and their only confirmed concert to date, Billboard praises, “set a sky-high standard with a performance that was the sum of its extraordinary parts,” while Rolling Stone declares, “it was clear that country music’s newest supergroup’s first time on stage had been a triumph.” The Highwomen also performed several songs with Dolly Parton at the festival as part of the all-female headline set curated by Carlile. Of the collaboration, Consequence of Sound proclaims, “now etched in legend as one of Newport Folk’s most memorable moments…a lifetime musical zenith.”

“Anyone can be a Highwoman,” Carlile notes. “It’s about banding together, abandoning as much ego as humanly possible, holding one another up and amplifying other women every chance we get. Shoulder to shoulder. One push, one love.”