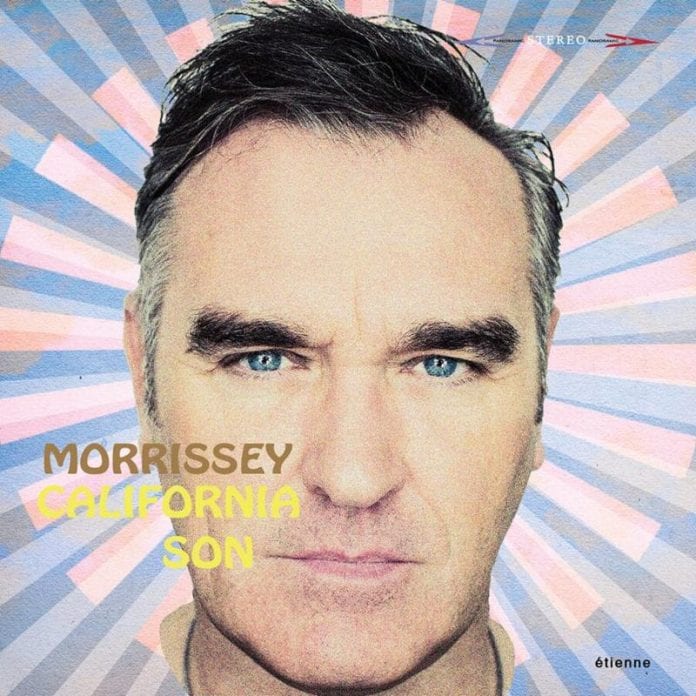 The Britpop icon’s latest will include performances with members of Green Day, The Regrettes, Grizzly Bear, Young the Giant, LP and more for the 12-song effort

Morrissey has returned, and he’s singing songs that made you cry and songs that saved your life. After last year’s “heartfelt” (Rolling Stone) cover of Pretenders’ “Back on the Chain Gang” gave fans a taste of what was to come, Morrissey is releasing a highly-anticipated covers album ‘California Son’ May 24th on BMG.

‘California Son’ traverses the sonic landscape of the 60s & 70s, covering untouchable luminaries like Joni Mitchell, Dionne Warwick, and Bob Dylan while also delving into more obscure musicians of the time, such as early gay icon Jobriath and political activist Phil Ochs. Paying equal tribute to the marginalized stars as he does household names—and taking on these covers with modern alt-rock royalty guests including Billy Joe Armstrong (Green Day), Ed Droste (Grizzly Bear), Sameer Gadhia (Young the Giant), and LP — the record serves as a bridge between space, time, and rock music’s past, present, and future.

In line with a career marked by environmental advocacy and a groundbreaking soundscape of jangly alt-rock melancholia, we see Morrissey playing to his strengths while pushing his sonic limits. The U.K. rocker conjures bombastic stadium anthems ( “Lady Willpower”), messages of environmentalist activism (“Days of Decision”), trip-hop psychedelia (“When You Close Your Eyes” with Petra Haden), and even dives into surf rock on the first track “It’s Over”, a heartbreaking cover of “The Caruso of Rock” Roy Orbison that interpolates church bells, castanets, and operatic vocals amid a sea of reverberated guitar accompanied by stirring operatic vocals courtesy of LP. The record, in short, showcases Morrissey doing what he has done best since his Smiths days: delivering harsh truths with a charming genteel.

“We love Morrissey! Morrissey‘s hair and melancholy and poetic lyrics always reminded me of my dad. His version of “It’s Over” is great.”  – Roy Orbison, Jr.

“When I would think of Morrissey and his music it was always with great respect and appreciation as I’m sure is the case with many of his fans. However, I soon realized when I hung out with him and he played me all the songs he was putting on this record that behind this was the heart of an audiophile and a deep fan of his own musical heroes. He is well versed in so many genres and knows deep cuts of artists I thought I knew so much about. It is inspiring to see the enthusiasm and intellect he brings to people through his own musical journey.” – LP