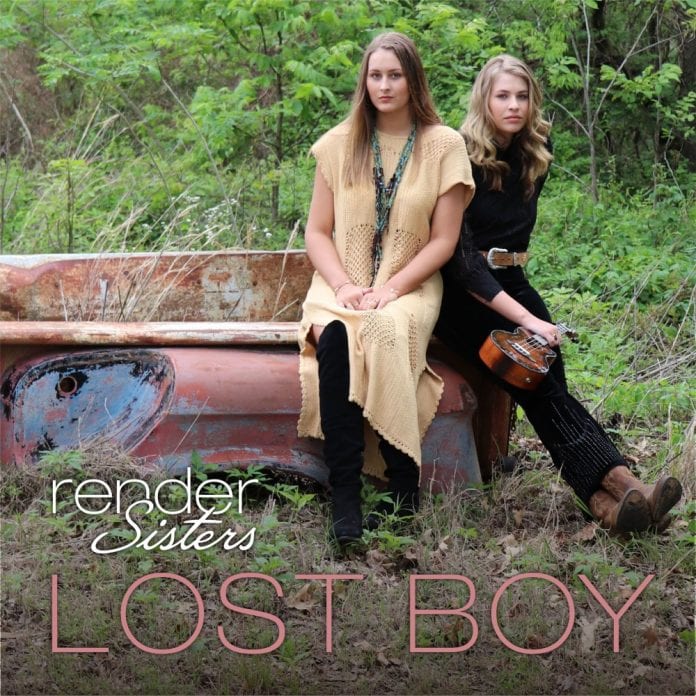 “We are very excited to share our first single with everyone, as well as launch our first music video,” Stella Render joyfully proclaimed. “We are beyond proud to have had the privilege of working under the direction of Pam Tillis and Josh Sikkema. The combination of these two masterminds brought together the perfect choreographed performance.”

“The moment I met the Render Sisters I could sense their maturity,” Pam Tillis recalled. “My unexpected moment came when I heard them sing “Lost Boy” and how easy they made it all sound. It was an intriguing melody that caught me off guard, with Everly-esque harmonies and simple but haunting lyrics. These gems in the rough from rural Arkansas don’t need much polishing, just more opportunities to do what comes naturally.”

The up-and-coming Arkansas native pop-country duo shot the video on their families’ farm just outside of Pine Bluff. The two young sisters have spent most of their adolescence performing the small-town Arkansas circuit of school talent shows, county fairs, or any stage they could grace that was close to home. Influenced by their grandmother, a music teacher, the Render Sisters also drew inspiration from country queens like Dolly Parton, Carrie Underwood, and Kacey Musgraves.

Now the Render Sisters are beginning to strike their own chords of original material, as their creative spirits begin to blossom from within. Having co-written their debut song “Lost Boy” with accomplished Nashville songwriter Britton Cameron (Don Williams, Jon Pardi, Lonestar), these young songstresses seek to make a name for themselves with meaningful backstories to their music. A country music hallmark.

“We wrote this song to express to people that there is always hope for those that feel lost in this world,” Mary-Keaton pointed out. “Some of us may face times when we feel lonely or lost, and if we are willing to reach out, there is usually that person there.”