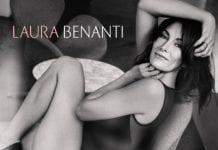 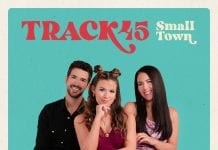 The artist is Evie Ladin and her new record Caught on a Wire was released a few weeks ago. The video is for the song “Mr. Joe” and is about – as Evie describes it – “Inspired by a real dapper dressed older gentleman at the Zydeco dance at Eagles Hall, who barely moved his feet but could lead you effortlessly in a stellar dance. Sometimes the most beautiful dancers are the ones who’ve just never stopped, who know that’s what keeps you alive. A tribute to all those who keep dancing.”

A full-time creative in every capacity, Ladin mines decades of touring and performing to illuminate a heartbreakingly honest take on the human experience through original songs on the album.

With her new record, Ladin channels her love of tradition, creation, and performance along with frustrations, digging deep into the painful contradictions of the everyday.

Raised between Baltimore and New York City, Ladin’s parents were deep into the folk revival.  Her mother was an international folk dance teacher, and her dad loved old time music and had a constant open door for traveling bands.  “I began playing banjo after John Cohen of the New Lost City Ramblers stayed at our house, and suggested to my dad that my sister and I should play” she laughs.  Ladin took lessons from local banjo master Bob Carlin from the age of eight and traveled with her father to festivals, parties, and camps around the country. It was at one such camp that the teenage Ladin was introduced to African music by then-ethnomusicology student Stefan Senders.  “I remember hearing these rhythms, and a light bulb just went off. I became fascinated with the African roots of the American music and dance I had been participating in” says Ladin.