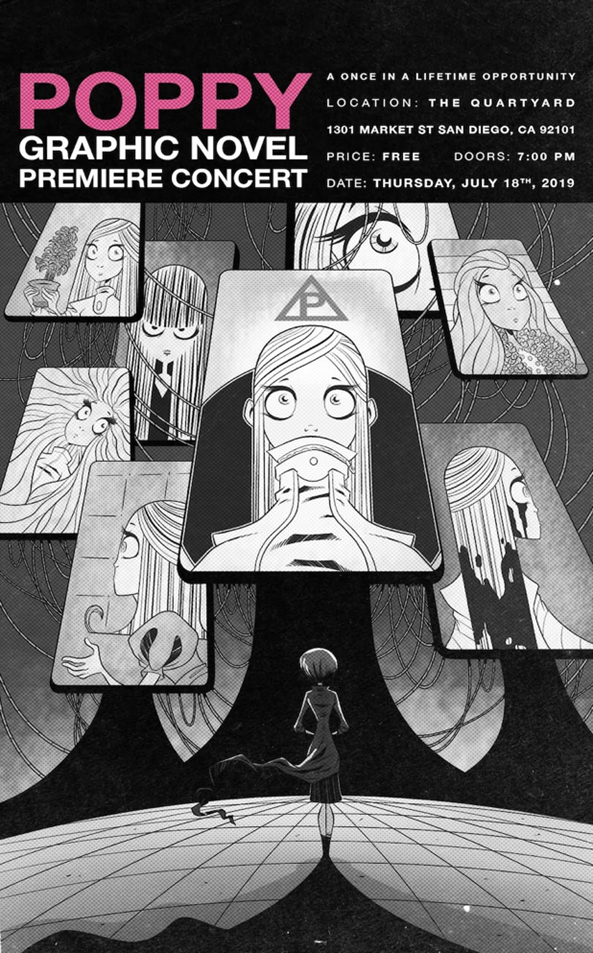 As pop culture’s finest creators descend upon San Diego next month for San Diego Comic Con, Z2 Comics is pleased to announce a free concert by the musical enigma Poppy. Poppy will be performing to celebrate the release of her first-ever graphic novel Genesis 1. The concert is scheduled for Thursday, July 18th at 7:00PM at The Quartyard (1301 Market Street). Fans interested in attending can go to https://bit.ly/2IPH6tk  to sign up for free tickets. There is also a bundle that includes a ticket as well as a special pin created specifically for the event available at https://bit.ly/2LgzPnV for a small donation.

Genesis 1 is written by Poppy, Titanic Sinclair and Ryan Cady and drawn by Masa Minoura and Ian McGinty and tells the elusive origin story of Poppy. The story of the graphic novel is as much of a mystery as the icon Poppy herself is. Is she a girl? Is she a machine? Is she humanity’s redemption, or its damnation? Don’t be scared — either way, she is Poppy… and you love Poppy. The original graphic novel is bundled with an exclusive brand-new album and can be purchased via Amazon here:https://amzn.to/2IKMyOj.