It’s that time of year again- award show season. In anticipation of the 59th annual GRAMMY Awards®, Pandora is celebrating the standout talent nominated for the Best New Artist category by highlighting their trajectory on Pandora with insight from their expert team of curators.

To get excited for this year’s show, tune into The GRAMMY® Station on Pandora presented by Aflac to check out music from this year’s nominees. 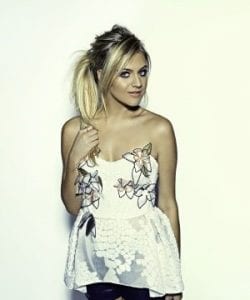 Her sound has been compared to early Taylor Swift; down home yet heavily pop-influenced, assertive, and just plain fun. The Tennessee native hit her stride in 2015 with her first #1 single, “Love Me Like You Mean It,” and followed with two more chart-toppers, “Dibs” and “Peter Pan.” She performed at our Pandora Country event that summer and we also highlighted her as an Artists to Watch at CMA Fest. She has since continued to rack up 258 million spins on Pandora to date, with more than 1 million thumbs up on “Peter Pan” alone! 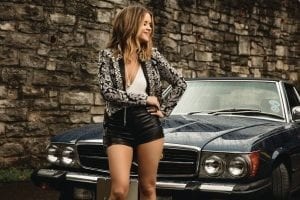 Maren Morris kicked off her Nashville career writing songs and securing cuts from hit makers Tim McGraw and Kelly Clarkson before introducing the first single of her own, “My Church,” in the fall of 2015. Hailing from Arlington, Texas, she found her sound somewhere between rock, pop and country, and doesn’t shy away from four letter words. Her most recent album on Columbia Nashville, HERO, debuted in the summer of 2016 to resounding critical acclaim. She was the first country artist to appear on Pandora’s new Trendsetter chart that launched last year, backed up by 215,000 station adds this year and over 85 million spins on Pandora to date. 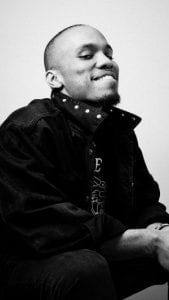 2016 was the year of the .Paak. The multi-instrumentalist singer, songwriter, rapper, dancer and performer started seeing the results of his hard work while on tour. Beginning his music career as Breezy Lovejoy in 2012, his unique vocal style allowed him to stand out enough to bend the ear of Dr. Dre. After his initial album release, Venice,  Dre brought him into the studio to record songs for Compton and The Game’s The Documentary 2. Collaborations with Schoolboy Q, 9th Wonder and Talib Kweli followed, and Malibu was born. As if he wasn’t busy enough, NXWorries, a project with producer Knxwledge, started going viral and expanded .Paak’s reach. Pandora was lucky enough to have him perform at our Discovery Den at SXSW in 2016, and he’s had 134,000 station adds in the past year. “Room In Here (Feat. Sonyae Elise & The Game)” performs the best with over 786,000 spins and 47,000 thumbs up to date!  We nominate “The Dot Stands for Detail” as the hardest working guy in the game! 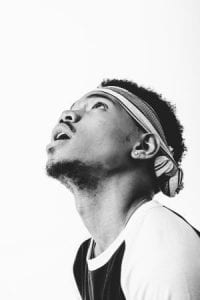 As the champion of the new Chicago hip-hop sound, SAVEMONEY’s Chance The Rapper started setting records in 2013 with his exclusive underground mixtapes. Honing his skills while collaborating with artists like Childish Gambino, BJ The Chicago Kid, and Donnie Trumpet & The Social Experiment, his career continued to explode. Chance rocked Lollapalooza in 2013, made the XXL Freshmen Class in 2014 and started popping up on Saturday Night Live and The Late Show with Stephen Colbert. This took the young, charismatic rapper to the next level, grabbing 1.4 million station adds on Pandora the past year, with Coloring Book racking up over 95 million spins in the past two months alone. Pandora’s top song for Chance?  “No Problem (Feat. Lil Wayne & 2 Chainz)” hit 56 million spins, with over 2.7 million thumbs up this past year. Definitely worthy of a nomination! 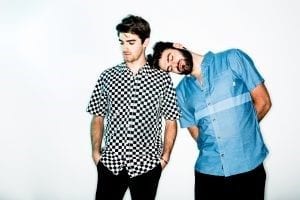 The dynamic duo known as The Chainsmokers were well known by Pandora listeners for their remix work before  “#SELFIE” debuted in 2014. Their 2013 reworks of artists as diverse as Little Daylight, Banks, and The Wanted established them as go-to producers for melodic, crowd-pleasing EDM. Of course, “#SELFIE” was a viral phenomenon, but it was 2015’s “Let You Go” (featuring Great Good Fine OK) that truly established The Chainsmokers’ path: accessible, mid-tempo tracks bridging pop, dance, indie and hip-hop with an eerie knack for irresistible hooks.  They secured three tracks in our 2016 Top Thumb Hundred rankings including their biggest hit, “Don’t Let Me Down,” which was included in our Songs of Summer  predictions and racked up an incredible 224 million spins on Pandora since it debuted. Their latest effort, “Paris,” is already a top 25 spinning song on Pandora just a couple weeks after its release, and they’ve had over 3.1 million station adds in the last year alone. So while they’re not a “new artist” to our listeners, they continue to be a favorite!