Dilana Smith is an ambassador for the Center against Child Trafficking and Human Trafficking (CKM). This is not just a single, but one that tells the terrible story of trafficking in people: from children who are sold in Africa and Asia, to loverboy practices in our own country (The Netherlands). With this song, the singer and the CKM want to see that trafficking is even more visible and make sure it stops.

“I think it’s terrible that people in the world are making money on trading in people,” says Dilana. She was born in Johannesburg, known in the Netherlands as Caz and Cazmelion in the 90’s. Her top 40 hits in 2000, but also of Rockstar Supernova in 2006 (USA), the only female lead singer ever of LA Guns and last, from The Voice of Holland. 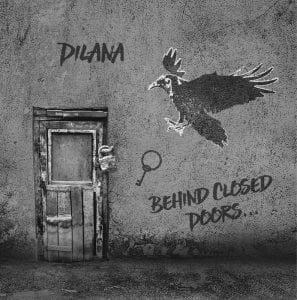 Dilana has been a champion in the fight against human trafficking and sexual abuse for years. This is done through the support of awareness campaigns and activities of the CKM. “Through my music, I want to make people aware that this has to stop. Nobody, anywhere in the world, can live behind closed doors, especially children…and as sex slaves!”

All of the World is needed in the fight against human trafficking.
PLEASE HELP MAKE THIS HAPPEN, EVERY DONATION HELPS, BIG OR SMALL…The music video for BEHIND CLOSED DOORS will be launched on 12 June at the start of the national campaign “Make it visible” on the square in The Hague (The Netherlands). The CKM calls on everyone to contribute and, just like Dilana, to raise human trafficking awareness. “Through the crowdfunding website https://www.voordekunst.nl/projecten/7104-behind-closed-doors
people can make a small donation to make the OFFICIAL MUSIC VIDEO for Dilana’s single Behind Closed Doors possible to reach even more people” says Frank Noteboom, head of the CKM. “In addition, through this crowdfunding, we can fully use the money we receive from other funds to help victims of trafficking, for example, continued therapy or shelter”.
____________________________________

The Center against Child Trafficking and Human Trafficking
The Centre Against Child Trafficking and Human Trafficking stands for a world where exploitation has no place. Trafficking in human beings concerns a gross human rights violation, undermines society and above all, damages the psychological, sexual and physical integrity of children and adults. The CKM investigates, lobbies, deals with policy and strategy and takes action to combat human trafficking. The CKM is supported, among other things, by the Dutch Postcode Lottery. On the campaign site www.maakhetzichtbaar.nl, young victims of trafficking tell their story.

Introducing Surge Powered by Break Out: A Game Changing Solution for Creating Interactive Audiences from Anywhere in The World