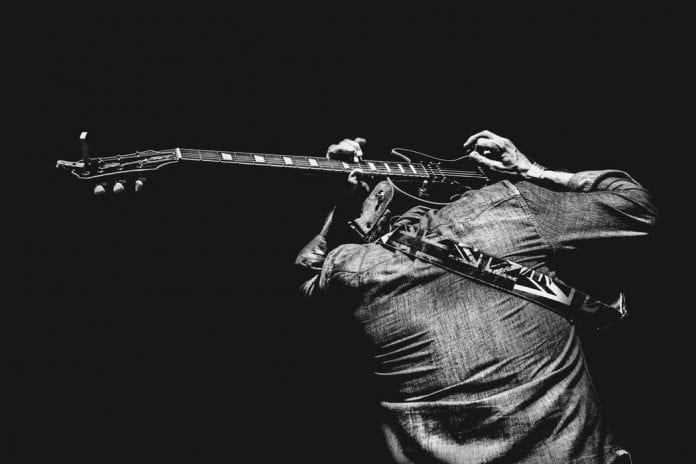 “You’re mad, bonkers, completely off your head. But I’ll tell you a secret.
All the best people are.”
―Alice in Wonderland, Lewis Carroll

It’s long been said that there’s a fine line between eccentricity and genius. Many of the world’s most famous artists have had a bit of a dramatic streak, from Salvador Dali and his pet anteater to Prince changing his name to a squiggle. But according to popular opinion, it’s this flair for the unusual that drives the creative process. You can’t have true genius without a little bit of madness in the mix. Perhaps this is why so many inspirational guitarists have been known for their odd proclivities and strange habits. Here are some of the most eccentric guitarists of the past century, and a glimpse into how they lived their lives.

Electric guitarist Buckethead isn’t just famous for his rock, jazz, and metal music. The reclusive musician is perhaps best known for his signature look, which often includes a white mask and an upturned fried chicken bucket worn as a hat (hence the pseudonym). According to Buckethead, this is an homage to chickens that have given their life for fried food, and he channels their souls when he plays his guitar.

Jeff Beck, pal of Eric Clapton and Jimmy Page is a renowned UK guitarist, known for his outstanding tunes like Free Way Jam and She’s a Woman. Like most musicians, Jeff Beck has been described as unique by many of his colleagues, but what makes his story a bit different is the incident he had; namely, he lost a part of his index finger in an accident, after which he decided to ensure all of his fingers. Today, each of Jeff’s digits is endured for $1 million.

When most people think of Limp Bizkit, they think of saggy pants and backward baseball caps. Not lead guitarist and backup vocalist, though. Instead of dressing to match the band, Borland typically prefers to dress up for his shows, including full facial paint. He’s dressed as everything from a skeleton to a satyr, making him stand out from the crowd in a very unique way.

As the founding member of the world’s first psychedelic band, the 13th Floor Elevators, Roky Erickson was always bound to have some eccentric tendencies. Some suspect his strange behavior was in part thanks to his affinity for LSD. Erikson claimed to have been an alien hailing from Mars, a belief that’s often mirrored in his music. After a stint in a mental hospital, however, the former guitarist has been laying low and enjoying life out of the spotlight.

Art is no stranger to eccentricity. Many of the world’s most famous guitarists have been a bit on the bizarre side. Of course, there’s nothing wrong with this. Thanks to the unique way that their creative minds work, we get to enjoy timeless classics that will inspire new musicians for generations to come. 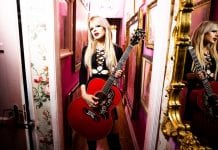 Signature Models for Female Players on the Rise