In the West Coast metropolis where glitter meets bitter and music venues come and go, there’s a remarkable artistic camaraderie within the Americana scenes of Los Angeles and its surroundings. What’s noteworthy is the significant number of women spearheading this community of creative talent: artists; band leaders who double as organizers of showcases; publicists; talent bookers; filmmakers and poster artists, all dedicating their time and money to lighting the spark, setting things in motion, and spreading awareness.

“It’s a large group, but it’s also tight-knit. Everybody bonds together, and through strength in numbers we try to make our presence known in Nashville and at SXSW,” says Kim Grant, publicist, columnist for roots music magazine Turnstyled, Junkpiled, and co-founder of the Grand Ole Echo concert series in Los Angeles (which is still going, but under different leadership).

Some host concert series, festival showcases, radio shows, podcasts, and other events to promote local talent, while also being active artists. The combination of these undertakings requires time, dollars, non-stop creative ingenuity, and seemingly endless supplies of determination where others would’ve quit long ago.

“It’s definitely a full-time job to get something like this up and running,” says Deb Morrison-Littell, singer and bass player with Morrison & Company, freelance photographer, and owner of Prickly Pear Presents Americana Music Nights concert series.

Deb, what kind of work goes into creating Americana Music Nights and getting the word out every week?

People might not realize all the time and money that goes into finding a venue, booking, scheduling, creating all the media, marketing, and doing publicity on a consistent basis — and feeding the social media animal on top of that, which is a job in itself. I had to get a creative team, with people I like, that could help provide what I needed: artwork, posters, and photographs. And I had to put money behind it to make it happen.

But you have to enjoy the process and do it for something much larger than money. The benefits of the whole event coming together is a wonderful ride, plus the people who have been brought together in the name of music. The whole point of playing and listening to music is community . . . gathering to make something happen, and the love of the art.

While Deb strongly encourages anybody with a similar idea to “throw it against the wall, go for it and give it 200 percent,” she also points out that things will unfold and move according to some sort of timeline, but it’s usually not the one you had in mind.

It can take a long time for people to become aware of what you’re doing. You have to let it grow in its own way. LA is such a vast, wide city with so much going on that it can be hard to know where to look. That’s why calling something “Americana Nights” or “California Country” is helpful because it lets people know that “oh, there’s something going on over there.” It gives people a place to look.

Manda, you were working on three California Country showcases at AMERICANAFEST 2019. What made you want to collaborate with Deb?

When I saw what Deb was doing at the Highland Park Bowl with the images, artwork, and the cool, mysterious videos, I was really impressed. My husband and I are big fans and connoisseurs of album art and poster art. And I loved the combination of people that I know and that I’d never heard of that I got to discover through Deb’s series. So as I was putting together the California Country events, I knew if we had Deb on the team, we would collectively present strong events. Partnering with Dave Bernal and his California Country radio show and Ted Russell Kamp were the perfect choices to represent our California scene. [Editor’s note: Dave did artist interviews and a live broadcast from the showcase, featuring Garrison Starr, Jaimie Wyatt, Ted Russell Kamp, Tawny Ellis, Jim Lauderdale, and many more.]

How were you able to connect with AMERICANAFEST and make this one of their official events?

This goes back to CALICO the band, where we were individual artists/songwriters who came together in a group. We often booked events with multiple artists because we enjoyed the community and tying the threads together. The California Country Show at AMERICANAFEST was a natural extension of these prior efforts. I always saw AMERICANAFEST as a smaller version of SXSW, which has these cool international and regional showcases like “Australia Fest.” Back when I started performing at AMERICANAFEST in 2010, they didn’t have such a thing as a California showcase.

In the initial years of the California-themed events, we started out connecting with media outlets like The Alternate Root and other Californians who were out there doing smaller, boutique showcases, so we thought of pooling our resources. I reached out to Jed Hilly (Executive Director of the Americana Music Association) and asked if we could have an official status for our California event within the festival. They thought it was a great idea, and since that time, applying for an official event has become a streamlined application process that is open to anyone who has an event idea they would like to propose within the festival.

What does it take to promote this kind of showcase successfully?

It involves a lot of reaching out, a lot of communication, and you do have to spend money to promote it. You must learn social media marketing, advertise, and get good graphics done. Visuals are crucially important when it comes to marketing your event. With AMERICANAFEST, you can buy a sponsorship package which is very helpful because you get into the festival app and on the program, so all the conference attendees know about your event.

In spite of how much Southern California has contributed to this style of music, its artists still deal with some prejudice, right?

California is often overlooked in the history of roots music. There’s a preconceived “not authentic” notion, but people don’t think of the rural areas that are here beyond the big cities.

One important thing to remember about LA’s contribution is that it had and still has some of the best recording studios in the world. Many of country music’s big artists historically came through LA to make records and perform in our historic venues.

Kim, how does the SoCal Americana scene get treated by the local press?

In LA, although there are great exceptions, Americana is sometimes ignored to write about more popular indie music. It’s easier to get coverage out of town. But lately, the younger artists like Sam Morrow and Jaimie Wyatt are starting to be taken seriously by the national publications, being written up in Rolling Stone and such.

The LA scene features many transplants, and others conversely leave the city to try their luck in Nashville. The California-themed showcases at AMERICANAFEST provided opportunities for people to reconnect, and some of the now Nashville-based musicians backed up the LA artists who couldn’t fly out with their own bands. These moments weren’t lost on Deb, Manda, and the other hosts.

Deb, in closing, how would you describe this community of artists that you’re a part of?

I see them as the storytellers of our time. Someday, the next generation will look back at what we are doing and hopefully be inspired by watching our “old footage” or listening to “bootleg recordings” of a music scene that we are in the process of creating now.

We are writing our own history and should relish in every moment of making music together, whether it’s in someone’s living room, curating an event, or recording an album. This is our time … and we’ve got a goldmine.

SoCal Americana Artists to Check Out

Dave Bernal: Leader for Just Dave Band and a central figure in the growing country scene in Long Beach, hosting The California Country Show, a radio show and podcast. He recently did a 6-week series called “Trailblazers: Women in Country Music,” where he interviewed female indie country artists from SoCal like Dixie Jade, Sheyna Gee, and Honey County. california-country.com

Francesca Brown: Received great press for her latest single (including American Songwriter) and will perform throughout 2020. francescabrownmusic.com

Lacey Cowden: Host of the “Live from Venice” showcases at the Townhouse, poster artist, and illustrator.  laceycowden.com

KP Hawthorn: Six months into touring the US with her husband Johnny Hawthorn in their duo, The HawtThorns, and promoting their album “Morning Sun.” East Coast tour in February and SXSW in March. KP is also producing records with production partner Steve Berns; they just completed an EP for Saint John’s Dance, a bluegrass/Americana band. thehawtthorns.com

KP and Adrienne are also teamed up for a film project focusing on the legendary Palomino Club in North Hollywood (1949-1995), which was a home base to many country superstars; Ronnie Mack’s Barn Dance; “Talent Night,” and other iconic happenings through the decades.

Pi Jacobs: New single and video “Rearview” was followed by a new album, “Two Truths and a Lie,” in February. SXSW in March, and extensive touring in 2020 including West Coast (Feb/March), East Coast, and Southeast (April/May), and Europe (Oct.) pijacobs.com

Amelia K Spicer: Had an official showcase at AMERICANAFEST 2019 and is always touring across the US ameliakspicer.com

Emily Zuzik: Solo artist and in the duo, Angelenos. “Trouble” single and video out released in January. A new full-length album, “Torch & Trouble,” out in May. emilyzuzik.com

Get Your SoCal Americana/Alt-Country/Country Fix at These Venues 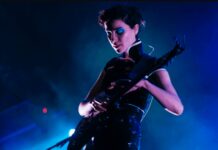 10 Girl Guitarists That Shook The World 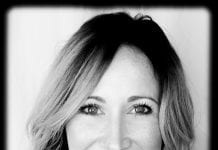