“Tone is my religion” is the motto and the mantra at Sheptone Pickups. Guitar pickup shaman Jeff “Shep” Shepherd is the driving force and the guiding light behind their full line of electric guitar pickups.

As his story goes, over 10 years ago he was determined to discover and recreate the elusive mystical mojo of a set of authentic 1958 Gibson “Patent Applied For” (PAF) humbucker pickups. He paid a small fortune for a pair and began winding his own pickups. He continued to experiment on his creations, learn the age-old methods, and make exacting adjustments until he was confident he had perfected the technique necessary to recreate these legendary humbuckers. With his depth of knowledge of magnets and their preparation, types of windings, and the different wires and bobbins used, he went on to examine and understand the unique properties of a number of different landmark vintage humbuckers. The results of his hard work and tenacity are the offerings now coveted worldwide. So, if you have the conviction for religiously superior tone, your destination is Sheptone pickups.

When Guitar Girl Magazine was asked to do a review of their pickups, we were most happy to oblige.

Here we’ll be covering the Heartbreaker Humbucker Set and the AB Custom Strat Set. We’ll highlight various design features of each and take them for a long and enjoyable joy ride/test drive.

Starting out with the Heartbreaker Humbucker Set, which, as the name implies, were designed to capture that “Holier Than All” Jimmy Page tone. The set we received had an uncovered bridge pickup and a covered neck one, just like on Jimmy’s legendary 1959 sunburst Gibson Les Paul, referred to as “Number One,” and, without question, one of the most iconic guitars in all of rock music.

I installed them in my trusty 1998 heritage cherry Gibson Les Paul with the Gibson 50s wiring and plugged into a JCM 800 2×12 combo with no effects. Now, on to hearing just what these sweet babies could really do. After warming up for a few minutes, I let it rip. I dove into a number of Led Zeppelin’s greatest megahits, and I couldn’t believe what I was hearing. It was as if the clouds had parted and the sun shined straight down the stairway from heaven itself. The amazingly sanctified distorted chords, the angel’s voice singing solos, the holy organic picking dynamics, and the devilishly pleasing feedback…it was religious. The tones from the albums came to life as if I were Jimmy Jr. I ran through the majority of the electric Led Zeppelin hits and was absolutely floored. If you want to sound like Jimmy Page, the Sheptone Heartbreaker Humbucker Set are the keys to Valhalla to wield the “Hammer of the Gods.” You don’t have to just take my word for it; check out the Tone Clips on the Sheptone site to hear it for yourself.

I ended up happily playing for about two hours because they sounded so incredibly good. I took a break to have lunch and to give time to clear my ears.

“The tones are infectious and irresistible.”

With these, I dropped them into a Fender Mexican Standard Stratocaster to hear what difference the AB Custom Strat Set would make. For points of reference, the modern stagger was used to match with the MIM Strat neck 9.5” radius. Also, I use Fender pure nickel 10-gauge strings and plugged into a Fender Twin Reverb with the reverb set pretty low. I first strummed a few jazzy George Benson chords, and the improved clarity and sparkle were immediately noticeable and most appreciated. As the chords rang, I admired them like the Crown Jewels…stunningly beautiful and charming. The lows were full, and the highs were clean and crisp. The attack had a nice spank to it, and the bell-like tones sang. I proceeded to crank up the preamp for some grit and immediately tore in to some get down blues with Stevie Ray Vaughan’s “Pride and Joy,” followed by Hendrix’s “Red House” and back to some Zeppelin with “Since I’ve Been Loving You.” The tones are infectious and irresistible. I thought about pulling out my 60th anniversary Stratocaster with Custom Shop Fat 50s for comparison but decided against it as the Sheptone’s have a “words can’t truly describe it” supernatural voodoo. With the Sheptone AB Custom Strat Set, I was in heavenly sonic bliss. Truly, words don’t do them justice enough, but, again, check out the righteous Tone Clips on the Sheptone site, and you’ll hear the magic.

To wrap it up, for vintage PAFs and hot blues, the Sheptone Heartbreaker Humbucker Set and the AB Custom Strat Set set the mark for the gold standard. I wholeheartedly agree with Shep when he says that they are the last pickups you’ll ever need to buy. 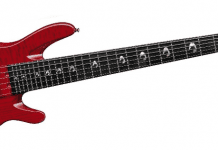 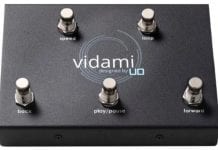