Originally from New Jersey, Smith traveled back and forth from Jersey to NYC, where as a child she sang with Young People’s Chorus of NYC. Later, she graduated from Berklee College of Music, followed by releasing her debut EP, Off I Go, co-written and produced by Swersky.

Out of the blue, Carnival Cruise Line approached Smith; they wanted her to sing on one of their ships. She signed on and took off on a three-year journey around the world. During breaks, she found herself drawn to East Africa, where she devoted attention to the region’s traditional music. In Kenya, she established Umoja Global, a therapeutic music and art program for survivors of gender-based violence.

So far, Smith’s global excursion has resulted in visits to, and performances in, more than 100 countries, granting her cherished emotional bonds with people in every corner of the world. A Board Certified Music Therapist, Smith realizes the mystical healing power of music. Smith says, “I want to tell narratives about humanity; stories of courage, resilience, empowerment, grief, and joy, in a way where all listeners can identify with me and ﬁnd their own stories within the songs.”

Never stationary for long, always seeking new horizons, Smith is currently at work in the studio with Marc Swersky, laying down tracks for her next EP, while simultaneously pursuing her Master’s degree at South Africa’s University of Pretoria.

Entitled En Route, the forthcoming EP encompasses revamped versions of two songs from her previous EP – “Gonna Get Up” and “Take Me Back,” along with mesmerizing fresh tracks.

Full of percolating oomph, springy percussion, and a popping bassline inject the chipper rhythm with a bubbly beat, as a gleaming organ nickers tantalizing vivid colors. Smith’s dazzling voice, rich and ebullient, infuses the lyrics with spine-tingling get-up-and-go, enticing listeners to immerse themselves in the pleasure of being alive.

Directed by Cara Smith, the video coruscates with an enchanting spark of life, as Smith revels in the sheer joy of daily living.

“Gonna Get Up” throbs with stylish flair, radiating shimmering sonic pizzazz, an infectious rhythm, and the delish exuberance of Cara Smith. 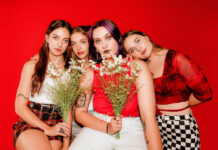 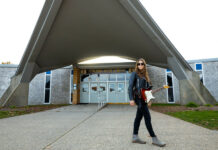 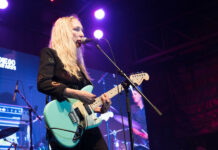