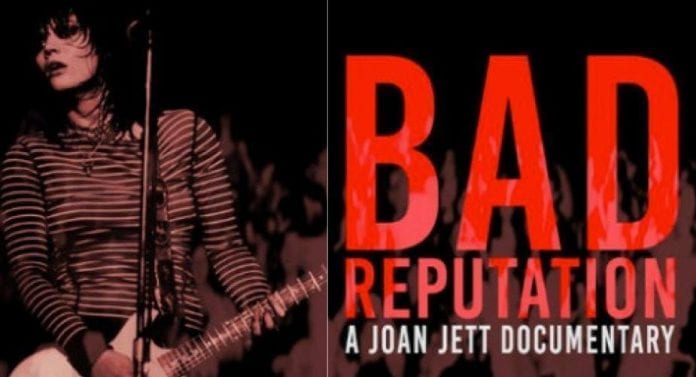 “The Bad Reputation thing was imposed on me. It was someone else’s impression of what girls and women couldn’t do but guys could. It was infuriating.”

Aside from waiting for Joan Jett to get inducted into the Rock n’ Roll Hall of Fame, which finally occurred in 2015, almost four decades of her being an imminent part of the music scene, I have been waiting for a documentary that tells the story about Joan Jett. Bad Reputation premiered Wednesday night at the Midtown Art Cinema for a one-time only screening before its official release in theatres on demand today. The theater was filled with fans proudly sporting their Joan Jett attire, and throughout the documentary there was laughter, clapping, cheering, and very heartfelt moments.

Not too many people know that Joan Jett was not openly accepted as a female musician when she first started playing in the Runaways in the mid-seventies. Female musicians at that time were looked upon as, “sluts, whores and even the ‘c-word’” according to Joan Jett. Jett has had her head split open by a beer bottle, a broken rib from a battery being thrown at her, and being spit upon while playing on stage. Rolling Stone absolutely despised The Runaways, and wrote some pretty terrible reviews. But Jett’s passion for rock ‘n’ roll and her determination paved the way for so many future female musicians; and no matter how difficult things got, her drive got her through the ebb and flow of her musical career.

The documentary has many credited cast members like Kathleen Hanna, Ian MacKaye, Billie Joe Armstrong, Mike Ness, Debbie Harry, and Pete Townsend (just to name a few). And by far, one of my favorite parts of this documentary is the loving relationship Jett has with producer, Kenny Laguna, and the banter they carry between them like an old married couple. For all music history lovers out there, this documentary is an absolute must-see. 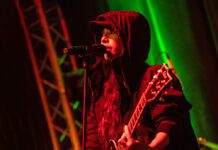 Leilani Wolfgramm performed at the Nectar Lounge on November 16, 2021