In the world of concept albums, the music scene has witnessed quite a few artistic approaches- yet, none quite compare to what the artist Lights is bringing to the table.

Canadian singer/songwriter Valerie Anne Poxleitner-Bokan, A.K.A. Lights, is an incredibly accomplished indie musician. Her album Little Machines won a JUNO award for “Pop album of the year,”; her album The Listening received a gold certificate from the Canadian Recording Industry Association for selling over 40,000 copies. Along with her impressive resumé, she also has quite the following and has been reviewed by groups like Forbes and even Playboy.

Throughout her musical career, Lights has continually exhibited equally breathtaking and playful songs backed with beautifully composed electronic tracks. In previous albums we see a more light-hearted lense on her music, especially with songs like “Quiet” (The Listening, 2009) and “Siberia” (Siberia, 2011). However, in Skin & Earth, Lights does a 180 and begins to showcase to her fans the more serious side to her artistry.
Aforementioned, this album is a concept album in which the songs and lyrics take the listener on a journey, which is completely fitting seeing as though Lights is also illustrating a comic to accompany her music.

As for the music, the album begins with an intro. These are quite common with concept art, however, hers creates an ambience for the album. It’s almost as if the highly-synthesized and unintelligible words are leading the listener through to the first song- which is “Skydiving.” Fittingly, this song ousts us into the rest of the works! As a powerful invitation, we hear Lights singing her lungs out; paralleling the intensity of that of free falling.

Much like the joy of freefalling within finding new love in “Skydiving” and “Until the Lights,” we are also brought to the cold hard ground through revelation of her song “Savage.” With a slower tempo and a mildly menacing guitar intro, this song captures the agony of being discarded. With lyrics that ask “what do you do when a man don’t love you?” It is easy to follow, yet incredibly complex in the emotion it conveys.

With an ingenious placement of heart, she lists the following songs “New Fears” and “Morphine.” Fittingly titled and more so cohesively written, these songs display exactly what flows through the mind of that of someone who is redrawn to the habitat that made them break in the first place. Haunting, somber lyrics saturate these song as well as more minor and melancholy melodies. Roped in with the two is the song “We Were Here,” which serves as a tie between the dystopia portrayed in her comic.

Her next musical turnaround is “Giants.” With this particular track, we see the character at hand begin to try to reconcile with her past and by singing “We could be giants” really portrays a sense of hope- until the reintegration of the intro (“Interlude-webs”) chillingly transitions us into the song “Magnetic Field.” This song is my personal favorite.

The album up to this point has been filled with a dystopian dream of love and fulfillment through perseverance and blindsiding ones’ self with night-time shenanigans. However, “Magnetic Field” is the beginning of explaining just why people stuck in this cyclical toxicity are unable to break the chain. She states that “chemistry begs [her] to stay,” which binds the album title to the core. Skin & Earth almost comes full circle to illustrate how galactically beautiful physical love can seem (through her spacey synthesizers and shining drum kicks that explode like nebulas), but in reality, is a mess of emotion that is ultimately revealed.

The Finale is “Almost Had Me.” With lyrics like “You were a wolf in daylight” and “You were in sheep’s clothing,” we see the character at hand finally being freed from the jaws of the canine love, and we come to see the dirty laundry in all of its glory.

An excellent tracklist, an ingeniously titled album with a comic to tie the knot- Skin & Earth is on the brink of shaking the core of Indie Pop. 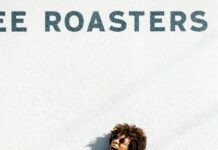 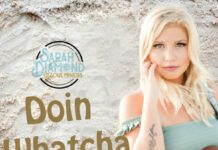 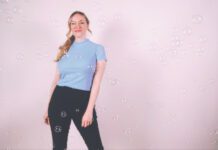 Emily Henry Unveils Music Video for Captivating “How It Feels”