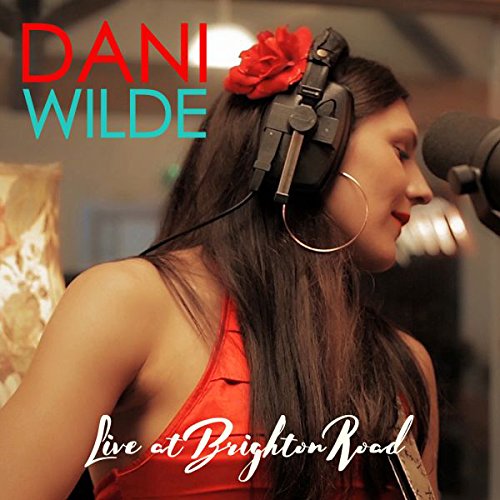 Award-winning British Blues and Country singer-songwriter and guitarist Dani Wilde graduated with a degree in Vocals from the British Institute of Modern Music in 2005.  She was awarded the “Best Female Vocalist” at the British Blues Awards in 2015.  With three albums to her credit including:  Heal My Blues (2008), Shine (2009), and Juice Me Up (2012), she released her fourth album this month.  Wilde has toured the USA, UK, Canada, Europe, and Africa.

Wilde has just released her fourth album, Live at Brighton Road, on June 16, 2017 and it is an amazing piece of work.  This is her first album under her newly signed label Vizztone.  Live at Brighton Road finds Dani Wilde performing live in the studio with her touring band, featuring her brother Will Wilde on harmonica.

Dani brings a lot of soul to her own penned songs including “Glorious Day,” “Deeper than Black,” and “My Old Man.”  She does a very light and reverent rendition of Mike Rutherford and B.A. Robertson’s big hit, “The Living Years,” as well as a drop the mic performance of Big Momma Thornton’s “Hound Dog.”  Her song “Refugee” holds a thought that is ever so present in our world today, hitting on the notes ‘is there a place for me’ and ‘I didn’t choose this life’ – and it’s extremely powerful.

Her overall sound is muddy, but clean; light and airy, but deep.  There is a good mix of both acoustic and electric setups throughout the album.  Dani has a lot of depth and is amazingly talented and really qualifies as an old soul.  Her brother, Will Wilde, too, can be heard throughout the album and has been dubbed the Jimi Hendrix of harmonica (Ruf Records).  They are both gifted artists and are truly mastering the blues genre.

RELATED STORY:  Catching up with Dani Wilde, who talks about her new album, Songs About You

Her voice and her guitar both just speak so clearly and deeply in the blues, but it is light enough to be refreshing.  As for fans and new listeners alike, I don’t think the Wildes are going to have to beg, “Don’t Quit Me Baby”!  Dani is so spell binding that you can’t help but keep coming back for more.

This is a great collaboration of songs and just a truly incredible album.  Can’t wait to see what else the Wildes are going to bring to the table!

For more on Dani Wilde, visit her site HERE.